A bench headed by Justice G S Singhvi said the Centre is being guided by market-driven forces and asked an NGO, which challenged the policy, to place before it statistics on comparative analysis of drug prices under the new policy and the existing market price. 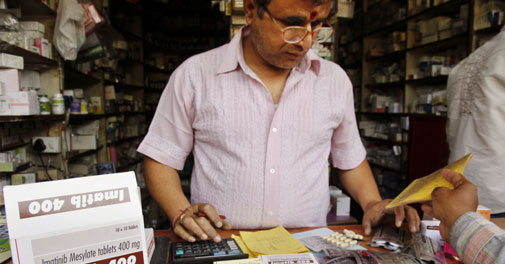 The Supreme Court has raised a question on the new Drug Price Control Order (DPCO) of the Centre to fix the ceiling price of essential medicines on the basis of market-based pricing.

A bench headed by Justice G S Singhvi on Thursday said the Centre is being guided by market-driven forces and asked an NGO, which challenged the policy, to place before it statistics on comparative analysis of drug prices under the new policy and the existing market price.

"This DPCO will encourage profiteering of medicine brands prescribed by doctors," the bench said after senior advocate Colin Gonsalves, appearing for the NGO alleged that under the new policy the margin of profit for drug manufacturer and dealer has increased multiple times. "Government is being guided by market-driven forces," the bench said.

The court was hearing a PIL filed by NGO All India Drug Action Network, which contended that MBP (Market Based Pricing) is never used for any price regulatory purposes and under the new policy simple average ceiling prices are in many cases higher than the market leader price.

"Theoretically, you are right but you have to prove it from statistics. We are concerned about the patients," the bench said, asking the petitioner to place data by Tuesday when the case will be taken up for further hearing.

The NGO has sought direction to Centre to continue with cost-based ceiling prices of all essential drugs.

"Pursuant to orders of this court to the effect that government should bring all essential medicines under price control, Centre expanded the list of medicines to be brought under control. However, at the same time it has effectively undermined this court's directive that medicines should be made affordable for the common man. It has done this by making a pretence of price control by introducing MBP," the PIL said.

The NGO also contended that National List of Essential Drugs consists of only 348 drugs and left out many essential medicines from price control.

Meanwhile, Additional Solicitor General Siddharth Luthra submitted that there is nothing wrong in the policy and there is difference in retail and bulk price of the medicines.

No plans to reduce workforce: Ranbaxy