United States Food and Drug Administration had conducted inspections in January and May this year at US-based Caraco Pharmaceutical Laboratories and had noticed the lapses. 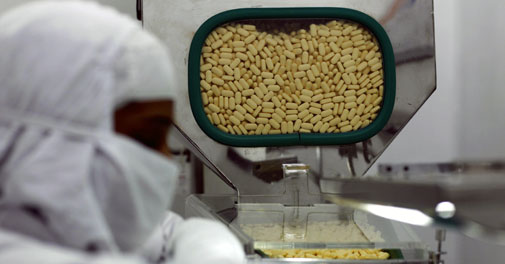 (Picture for representational purpose only)

Drug maker Sun Pharmaceutical has said it has addressed the US health regulator's concerns about manufacturing lapses at its US-based Caraco Pharmaceutical Laboratories.

United States Food and Drug Administration (FDA) had conducted inspections in January and May this year and had noticed the lapses.

When asked about the nature of lapses and the corrective measures the company has taken, a Sun Pharmaceutical spokesperson said they were "minor observations".

"The company has responded to these a long time back," the spokesperson said without elaborating.

Earlier in the August 2012, Sun Pharmaceutical Industries had said American health regulator had approved resumption of manufacturing operations at Caraco for two drugs after inspections of facilities.

Subsequent to inspections and corrective action, the USFDA had determined Caraco to be in compliance with relevant paragraphs of the consent decree, Sun Pharma had said.

"Therefore, US Food and Drug Administration (USFDA) had notified that Caraco may resume operations at its manufacturing facility and packaging sites in Detroit and Wixom, Michigan," it added.

In 2009, the USFDA had seized all drugs manufactured by Caraco at its Michigan facility for violations of manufacturing standards. The same year Caraco had entered into a consent decree with USFDA.