Local medical devices makers who  are facing a tough run, as lack of regulations, government support, tax structure and price control are squeezing their margins and growth, besides competition from MNCs. 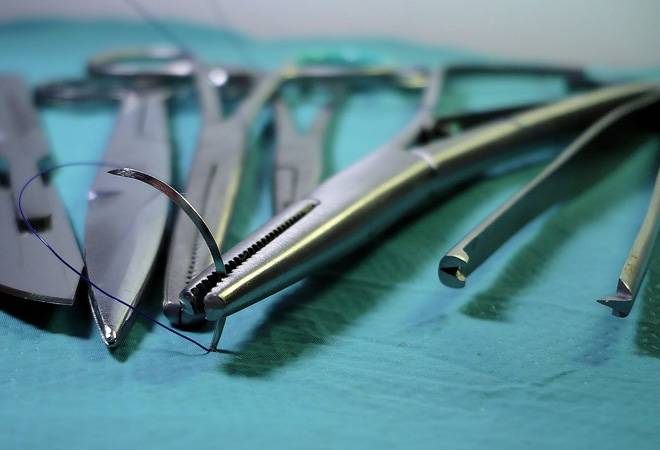 Until 2010, the company was mainly a trader for overseas brands, besides limited manufacturing. Then the company had revenues in excess of Rs 350 crore. Soon almost of all of its trading partners deserted Trivitron and started selling directly in the market, without even bothering to pay a compensation. With no other option, Trivitron invested over Rs 500 crore in the last seven years to create nine factories, including two overseas. Though a Rs600 crore plus company now, majority of its small profits are from overseas markets. Capacity utilization at its factories are a dismal 5-10 percent.

"We should have been a Rs 1000-1500 crore company the way we were growing as a trader. Fortunately we could survive and now we are focusing on overseas markets to increase the capacity utilization to at least 50 percent", says Velu, chairman and managing director.

That sums up the state of affairs with local medical devices makers who  are facing a tough run, as lack of regulations, government support, tax structure and price control are squeezing their margins and growth, besides competition from MNCs who control a lion's share of the industry.

According to rough industry estimates, the medical devices manufacturing market in the country is estimated to be worth Rs 40,000 crore and 80 percent of this belongs to large MNCs from abroad who sell high-end technology products. The remaining 20 percent or Rs 8,000 crore is shared between several unorganised Indian companies who make very-low end to medium tech products, ranging from hospital beds to cotton buds or gloves. Only two Indian companies have a turnover of above Rs500 crore - Trivitron and Transasia Biomedical. Another 10 companies have a turnover ranging from Rs 200 crore to Rs 250 crore and another 25 companies have turnover of above Rs 100 crore. Earlier, corporates like Rallis India, Birla Medical Technology, Dr Reddy's, Lupin, Wipro, HCL etc had tried to enter medical equipment business in a large way, but most of them exited the business as they failed to capture dynamics of the market.

Domestic manufacturers lament lack of government support to promote the industry is the biggest issue, as they lack own technology and financial muscle to compete with the MNCs. As against this, China has a rigid system in place for decades to promote local manufacturing, despite liberal incentives for starting a unit in China. Apart from tariff barriers, there are trade protection provisions in China like 3-5 year period for registering a new product from overseas manufacturers. In India it is more liberal and a new product can be registered in three to eight months. India is yet to implement a proper medical devices policy as the proposed National Medical Device Policy (NMDP) is yet to take off. After the implementation of GST, confusion has set in as product to product GST varies in different slabs starting from 5 to 28 per cent. Another major problem for Indian manufacturers is lack of branding and acceptance among local hospitals.

Industry associations say that imports of products which can be developed and manufactured in India should be discouraged. Further, apart from promoting FDI in the sector, the government should also incentivise research and development by Indian firms to boost the sector.

Sounds sensible, for a country grappling with severe shortage of healthcare infrastructure.