Union finance minister P. Chidambaram had told chiefs of blue-chip public sector undertakings that the dividend they will pay to the government this fiscal should in no case be less than last year's although profits of several companies have been impacted by the slowdown. 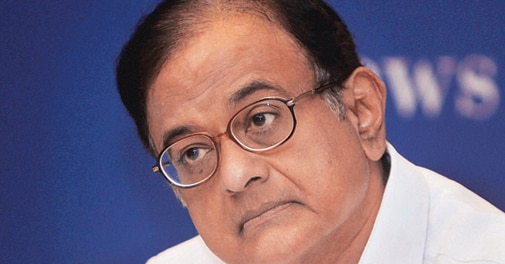 Union finance minister P. Chidambaram had told chiefs of blue-chip public sector undertakings that dividend that they will pay to the government this fiscal should in no case be less than last year's although profits of several companies have been impacted by the slowdown.

With international crude oil prices ruling at around $110 a barrel, public sector oil companies, which sell LPG, kerosene and diesel at subsidised prices, are losing a lot of money.

Similarly, large PSUs like Bhel and Sail have also seen a decline in net profit due to the slowdown. Consequently, they will end up paying a larger percentage of their profit to the government as dividend this year.

The government is struggling to keep the fiscal deficit within the budgetary target of 4.8 per cent of GDP even as expenditure on populist schemes such as the food security scheme, and subsidies on fuels and fertilisers are way above the budgeted targets.

To make matters worse, tax collection has slowed down with the GDP growth rate coming down to 4.4 per cent.

The government has also been forced to put the PSU disinvestment programme in the slow lane as stock markets have turned volatile, and it does not want to end up going through a distress sale. The cash- strapped government is, therefore, desperately looking at raising more resources.

With the next general elections due in May, the government is expected to miss the fiscal deficit target despite its claims about a ' red line' having been drawn on the issue.

According to officials, the government is hopeful of meeting the dividend receipt target in the current fiscal and has not sought any special dividend. However, they said that the situation would be reviewed in January.

Chidambaram also discussed capital expenditure (capex) plans of the PSUs with the objective of promoting investment and growth in the economy. Most PSUs will achieve their capex plan but some half- a- dozen may not. "We will revisit those cases in January," the minister said.