BSNL, MTNL to be refunded for returning BWA spectrum

A Group of Ministers, headed by Finance Minister P Chidambaram, also took a decision on providing pension to MTNL employees, which is likely to cost about Rs 570 crore a year. 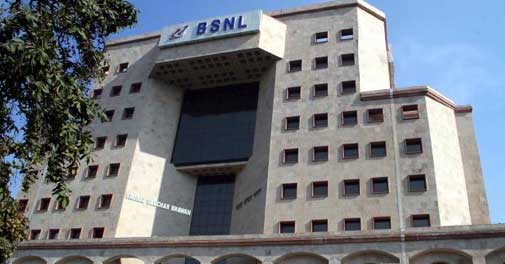 A Group of Ministers (GoM) on revival of Bharat Sanchar Nigam (BSNL) and Mahanagar Telephone Nigam (MTNL) has decided to refund the money paid by the state-run players for surrendering BWA spectrum worth more than Rs 11,000 crore.

The GoM, headed by Finance Minister P Chidambaram, also took a decision on providing pension to MTNL employees, which is likely to cost about Rs 570 crore a year.

"The Group of Ministers took firm decisions, one in relation to pension of MTNL employees, the second in relation to the spectrum that was allocated both to BSNL and MTNL in the 2.5 GHz band and one other small issue," Telecom Minister Kapil Sibal said.

He said the decision will now be taken to the Cabinet for approval.

According to BSNL, there is no business case at such a high cost of spectrum. The government had given the spectrum to both companies, which paid auction prices for the airwaves.

"I think that having resolved these issues and if the Cabinet approves, I think that both BSNL and MTNL will be on course (to profitability)," Sibal said.

Both MTNL and BSNL had requested the government to refund the amount they paid in 2010 for Broadband Wireless Access spectrum, used to provide 4G data services.

According to sources, BSNL has sought Rs 6,724.51 crore for return of BWA spectrum fee while the amount for MTNL was about Rs 5,700 crore.

With regard to the pension liability of MTNL staff, which will cost Rs 570 crore annually, the state-run company will pay Rs 170 crore while the rest will be paid by the government.

Sources said BSNL's losses are expected to be around Rs 8,198 crore for the last financial year.

High wage costs had been a major reason for these companies running into losses. Overall, salary and pension expenses of MTNL employees form 103 per cent of revenue while for BSNL the same stands at 49 per cent.

Trai proposal could give sector a boost: Experts