However, when it comes to availability of 4G connection, India performs far better. India ranks 14 out of the 88 countries with a very encouraging 86.26%. 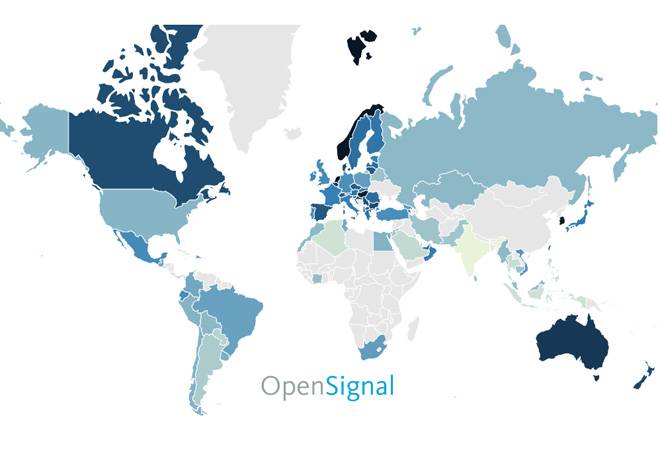 When it comes to the digital space, India might be dreaming big with PM Modi's pet project Digital India and such, but the state of 4G connection in the country still remains a challenge. A report, The State of LTE, published by mobile analytics company OpenSignal places India in the last spot out of 88 countries in terms of 4G speed. India ranks below countries such as Pakistan, Kazakhstan, Saudi Arabia, Sri Lanka, and Algeria.

However, when it comes to availability of 4G connection, India performs far better. India ranks 14 out of the 88 countries with a very encouraging 86.26%. It does not come as much of a surprise considering the rapid pace at which 4G connectivity is spreading across the countries. It is also boosted by the easy availability of cheaper smartphones and feature phones, along with cheap 4G plans that are provided by telecom operators.

The Indian telecom industry is staring at a financial upheaval, with a lot of them just managing to remain profitable. The entry of Reliance Jio with its disruptive pricing has unleashed severe competition amongst the operators.

OpenSignal also mentions that in their earlier report, 20 countries had 80% or higher availability of LTE, which has now jumped to 30 countries after Thailand, Belgium, Latvia, Finland, Canada, Uruguay, Denmark and Croatia crossed that crucial mark.

The report also mentions that there is a much-dreaded stagnancy when it comes to the increase in the fastest LTEs. OpenSignal mentions that for the last several reports, there have been very little to no increase in the fastest speeds, and the mark of 50 mbps still remains untouched.  "The stagnation we see in speed among the fastest LTE countries might seem concerning, but we won't have to wait for 5G to see top-line speeds start increasing once again. There are still plenty of enhancements left in the LTE standards that operators can tap into," the report says.

The methodology used to prepare this report is based on the real-world experience of consumers on mobile networks in their usual, daily lives. "We collect 2 billion individual measurements every day from tens of millions of smartphones worldwide," the report says. The report further adds, "For this particular report, 58,752,909,949 datapoints were collected from 4,852,320 users during the period: Oct 1st - Dec 29th 2017."

Microsoft Surface Pro available with a starting price of Rs 64,999