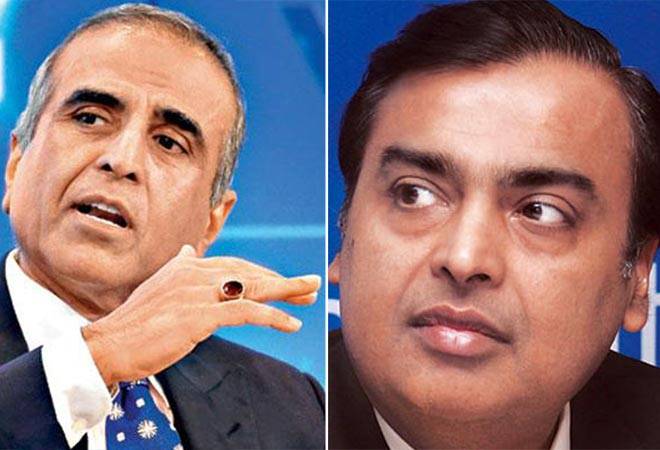 The corporate war between billionaire Mukesh Ambani-led Reliance Jio and Sunil Mittal-controlled Bharti Airtel has taken an ugly turn with each company accusing the other of continuing services on prepaid mobile connections in Jammu and Kashmir, which are currently suspended due to security reasons.

The Zonal Police Headquarters in Kashmir on May 27 had directed telecom operators to stop all data services on mobile phones and all services on prepaid connections. According to sources, in its compliance letter submitted before Inspector General of Police, Kashmir, on May 29, Jio alleged that Airtel has allowed incoming calls for prepaid subscribers in clear violation of the government order. The company has demanded stringent action against in the matter.

Airtel, on its part, has denied the charge and responded with the counter-allegation that Jio has violated rules in the state by disguising prepaid connections as postpaid ones to bypass the order. `` These allegations are completely false, baseless and only go to highlight the growing frustration of Jio. We would urge Jio to gather all the facts and not resort to kite flying.

Airtel has always been and will continue to be in full compliance of all regulations and guidelines,'' the Airtel spokesperson said.

Airtel said that just because it has raised the issue of Jio's blatant violation of regulations in Jammu & Kashmir by terming prepaid subscribers as postpaid, thereby compromising national security, Jio is cooking up these false allegations to divert attention from the issue.

The incumbent operator said it would once again urge the authorities to take the strictest possible action against Jio for their complete disregard of the regulations.

A day after Reliance Jio made the submission, Bharti Airtel too filed the complaint against the new entrant before DoT alleging that Jio in gross violation of the license conditions, claims 95 per cent of its subscriber base (approximately 7 Lakh customers) as postpaid, even though such subscribers are actually prepaid subscribers.

The incumbent operator alleged that Jio is tactically and deliberately tagging prepaid customer as postpaid for its economic gain and competitive advantage, at the cost of national security and putting the lives of our security forces in danger.

Jio denied the allegations calling them completely baseless, malicious and tantamount to wilful disparagement against RJIL, adding that the letter sent by Airtel to the DoT seems to be an act of retaliation, and nothing more. RJIL has always abided by the instructions issued by the local authorities... National security is of utmost importance to us, and we will always walk the extra mile to ensure that we are fully compliant and take requisite precautions in our services. We reject the instant complaint with the contempt it deserves, Jio said.

It added that Airtel's move is a clear demonstration of use of false propaganda when competitors are unable to compete in the market place. A Reliance Jio spokesperson said: It is worthwhile to also mention here that RJIL had escalated the issue of Airtel allowing incoming calls for their prepaid subscribers in the Kashmir valley despite written order on record from the Government of Jammu & Kashmir earlier this month to stop all prepaid services in the Kashmir Valley.

This was a clear violation of Government Order completely disregarding security concerns of the Government. The new entrant said that it will be responding to the allegations in detail, factually and legally establishing its compliance with applicable regulations.

Besides, it said it would independently examine and initiate appropriate legal recourse available to it as well.