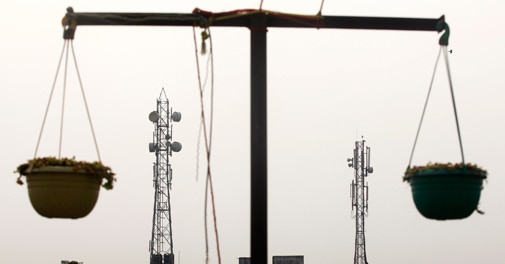 The company had reported a net loss of Rs 2.82 crore for the corresponding six months last year, it said in a filing to the Bombay Stock Exchange on Tuesday.

The company, owned by Mukesh Ambani-led Reliance Industries, reported a total income of Rs 2 lakh for the reported period as compared to Rs 3 lakh last year.

The company said in October 2013, it was granted a Unified Licence by Department of Telecom for all 22 circles across the country.

"With grant of Unified Licence, the company has migrated its existing ISP licence along with broadband wireless access (BWA) spectrum to the Unified Lincece with authorisation for all services except global mobile personal communication by satellite service," the filing added.

According to sources, the company is likely to launch its 4G services by September this year starting from Delhi and Mumbai.

The filing said a petition has been filed with Bombay High Court for a scheme of amalgamation of Infotel Telecom Limited and Rancore Technologies Private Limited, wholly owned subsidiaries with Reliance Jio Infocomm.

"The appointed date of the said scheme is April 1, 2013. The scheme will be given effect upon receipt of sanction from High Court," the filing said.

Nokia workers allege management forcing them to opt for VRS