Spectrum auction gets off to a flying start

Two earlier attempts to conduct the auctions had to be cancelled as operators boycotted the bidding, complaining of high entry level prices. However, with the prices slashed this time, there has been enthusiastic participation. 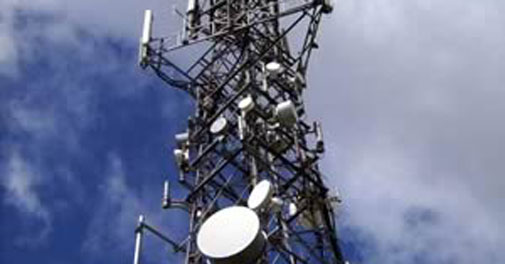 The first day (February 3) of the much awaited telecom spectrum auction for the 900 Mhz and 1,800 Mhz frequency bands saw active participation from all the eight bidders who had filed pre-bids. Among them Reliance Jio , Mukesh Ambani's telecom venture, is considered the dark horse.

Two earlier attempts to conduct the auctions had to be cancelled as operators boycotted the bidding, complaining of high entry level prices. However, with the prices slashed this time, there has been enthusiastic participation.

In the 900 Mhz band, around  45 Mhz of spectrum are on the block in three circles - Delhi, Mumbai and Kolkata. The segment saw high demand, with Bharti Airtel, Vodafone, Idea and Reliance Jio among the bidders. In the 1,800 Mhz, around 400 Mhz of spectrum are being auctioned across all the 22 circles. Here the Bihar, Gujarat, UP (East), UP (West) and West Bengal circles saw the most active bidding.

Industry experts say the Telenor's India arm Uninor will be the driving factor in the 1,800 Mhz band as it will try to acquire more circles.

After the Supreme Court order following the 2G scam which cancelled all the 122 licences awarded on a 'first-come-first-served' basis, Uninor's operations got reduced to six circles from 13. It had to withdraw from the West Bengal circle, which was one of its biggest customer bases. It may well want to regain this.

In the 1,800 Mhz band the amount of spectrum available is in small chunks, because of which cut throat bidding is expected.

According to some government officials, around seven to eight rounds of bids are expected every day, for the next few days.  Through the auctions the government expects to raise about $1.8 billion, which will help bring down the fiscal deficit. Finance Minister P. Chidambaram is committed to keeping the fiscal deficit down to 4.8 per cent of GDP. The auction money will play an important role in raising revenue and thus reducing the deficit.

The current aggression of the bidders might well, however, later impact the tariff structure, which has already seen three rounds of increases in the past one year. To offset the cost incurred in buying spectrum, operators might well increase tariffs.

This is just the first day. The week ahead is expected to fill the government's coffers even more.

Govt gets bids in all circles for both bands of spectrum