Government had asked the Vodafone to deposit Rs 6,678 crore in pursuance to its proposed merger of its four entities - Vodafone East, Vodafone South and Vodafone Cellular and Vodafone Digilink - into it. 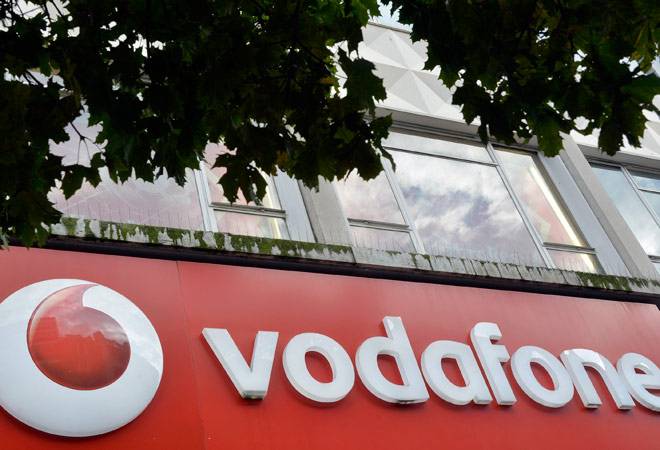 SC also said that in case Vodafone succeeds, then the amount deposited by it would be returned to with an interest rate to be determined by the TDSAT. (Photo: Reuters)

The Supreme Court on Monday asked the Vodafone Mobile Services to deposit with the government Rs 2,000 crore under various heads, including one-time spectrum charge and licence fees, for the merger of its four entities Vodafone East, Vodafone South and Vodafone Cellular and Vodafone Digilink into it.

The apex court bench of Justice Jagdish Singh Khekar and Justice R. Banumathi while asking the Vodafone to deposit Rs 2,000 crore said soon after that the government would forthwith grant approval for the merger of four entities into VMSL.

It would be imperative for the central government to approve the merger forthwith after VMSL deposits the money, the court said observing in the course of the hearing that the "trivialist of the matters are being filed by telecom companies".

The court order came on the plea by the Centre challenging the Telecom Disputes Settlement and Appellate Tribunal's (TDSAT) November 6 order by which the telecom appellate tribunal had the DoT to "provisionally allow the merger of licences without insisting on payments of the impugned demands".

The government had asked the Vodafone Mobile Services to deposit Rs 6,678 crore in pursuance to its proposed merger of its four entities - Vodafone East, Vodafone South and Vodafone Cellular and Vodafone Digilink - into it.

The amount of Rs 6,678 crore was the sum total of money that VMSL was asked to pay under different heads.

However, the demand of Rs 6,678 crore by the DoT was contested by the VMSL which said that it had agreed to pay Rs 1,773 crore only.

Having directed the VMSL to deposit Rs 2,000 crore, the apex court asked the concerned courts and tribunals dealing with various disputes involving OTSC, SUC and the computation of AGR to dispose off the matters expeditiously. The court stressed on the urgency of the matter as a huge amount was involved.

The bench said that in case Vodafone Mobile Services Limited succeed, then the amount deposited by it would be returned to with an interest rate to be determined by the TDSAT.

Appearing for the Centre, Additional Solicited General P.S. Narsimha told the court that Vodafone on February 12 agreed to pay Rs.1,773 crore in pursuance to the merger scheme approved by the Delhi, Madras and Calcutta high courts in 2014.

ASG urged the court to direct the VMSL to pay undisputed amount of Rs.4,064 crore. He referred to the February 2014 guidelines under which spectrum was delinked from the licence and the operator was to pay separately at a market-determined price.

Referring to the apex court verdict of February 2012, ASG Narsimha said the acquiring company had to pay the difference between the entry fee that the company being acquired had paid at the time of entry and the market price of the spectrum.

However, this was contested by the senior counsel K K Vanugopal and Abhishek Manu Singhvi who told the court though there was merger of the companies but no transfer of licences and each one of them continue to operate in their respective sphere.

Appearing for Vodafone, they said the offer to pay Rs 1,773 crore was conditional and was not surviving today as approval for merger was not granted by March 9 as was sought then.