According to the norms, an operator after an acquisition can hold up to 50 per cent market share in a particular circle but will have to pay for the market-linked price for spectrum which it will acquire in buying the other company. Operators say this would benefit regional players only. 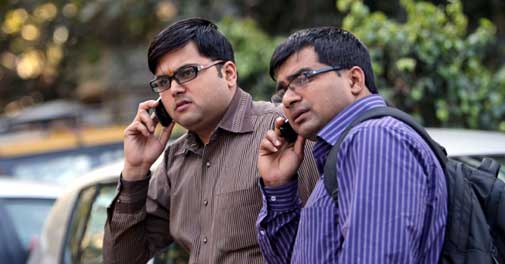 Sunny Sen
The Telecom Commission has finally taken a decision on spectrum prices and merger and acquisition (M&A) guidelines for the telecom industry.

For the 1800 MHz band the Commission has not raised prices in the 14 category B and category C circles, in line with the recommendations of the Telecom Regulatory Authority of India (Trai). But the prices have been raised by 25 per cent in the metros and category A circles which include Delhi, Mumbai, Kolkata, Tamil Nadu, Andhra Pradesh, Gujarat, Karnataka and Maharashtra.

Base price or reserve price for pan-India spectrum, given the hike in prices in metros and category A circles, will be up by about 15 per cent.

In each of the eight metro and category A circles, Trai's valuation of the spectrum was taken as the base price. For instance, for the Delhi circle Trai had valued one block of 1800 MHz spectrum at Rs 218.9 crore and suggested a reserve price of Rs 175 crore. Department of Telecommunications (DoT) Secretary M.F. Farooqui and his team decided to fix the reserve price at Rs 218.9 crore.

"We have gone by the work done by Trai as per its suggested valuation in the eight circles," says a Telecom Commission official. "This is about 25 per higher than the reserve price suggested by Trai, but in the rest of the 14 circles we have accepted Trai's reserve price and have made no changes."

The Telecom Commission expects to raise Rs 11,000 crore from the spectrum auctions.

Trai Chairman Rahul Khullar had recently announced a price cut of up to 67 per cent in reserve prices. Trai had arrived at this price based on scientific calculations, asserted Khullar.

The commission official also mentioned that in the 900 MHz band there will be no reservation and priority for the incumbent operators. "The entire spectrum allocation will be through auctions." Incumbent players such as Airtel and Vodafone had asked for allocation of spectrum on a priority basis as they have held it for the past 20 years.

The long-pending M&A guidelines, which have gone through multiple drafts, also finally got the nod at the commission's meeting.

"An operator after an acquisition can hold up to 50 per cent market share in a particular circle but will have to pay for the market-linked price for spectrum which it will acquire in buying the other company," the official said.

Telecom operators, however, are unhappy with the decision. An executive with a pan-India network says that there will be no M&A activity given the current conditions. "At least none of the national players will pay for the company and the spectrum separately, when they can buy the spectrum in the auction."

The executive also points out that the current M&A rules are good for regional players such as Uninor, MTS, Videocon and Reliance Communications. "Acquisitions will be helpful for the regional players to become pan-India operators," he says. "But all these four regional players are bleeding and how will they get money (for an acquisition)."

Telecom industry experts also agree. "If an operator ends up in paying market price anyway then what benefit will a company have in acquiring a small player," says Kunal Bajaj, an independent telecom consultant. "The real synergy will come if a large player goes and acquires a small player for spectrum and infrastructure."

Sistema Shyam TeleServices, in which the Russian government holds 17 per cent, though seems to be happy.

"Sistema Shyam TeleServices welcomes the decision of the Telecom Commission to auction the 800 MHz spectrum band," it said in a press statement within a few hours of the commission's meeting.

The 800 MHz band is used to deliver telecom services via CDMA technology and has few takers - two CDMA operators, Tata Teleservices and Reliance Communications, have decided to focus on GSM. This is expected to bring down the market determined price in this band.

Airfares up 40 per cent and still rising