Vodafone facing tax liability of over Rs 27,000 cr in India

British telecom major Vodafone Group has admitted in its annual report that it faces tax claims and liabilities exceeding Rs 27,000 crore in India, of which Rs 14,200 crore relates to the acquisition of Hutchinson- Essar in 2007. 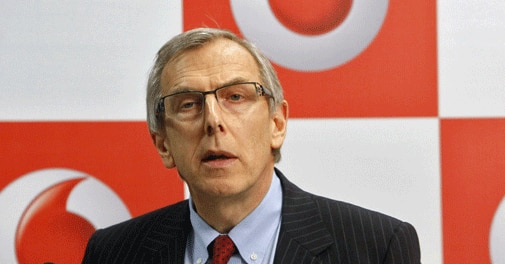 British telecom major Vodafone Group has admitted in its annual report that it faces tax claims and liabilities exceeding Rs 27,000 crore in India, of which Rs 14,200 crore relates to the acquisition of Hutchinson- Essar in 2007.

According to the report, the telco's Indian subsidiary Vodafone India Limited (VIL) and Vodafone India Services Private Limited (VISPL) are involved in a number of tax cases with total claims exceeding » 1 billion (at the current exchange rates this works out to Rs 9,900 crore) besides interest and penalties.

Vodafone said that VIL had received a letter on January 3, 2013, from Indian authorities for a tax demand of Rs 14,200 crore, but added that Vodafone International Holdings BV (VIHBV) has not received any formal demand for taxation following the Finance Act, 2012.

Vodafone said that the tax demand was raised prior to the Supreme Court's judgment and purporting to update the interest element of that demand in a total amount of Rs 14,200 crore. Vodafone said that India has sought to impose one- time spectrum charges of approximately » 525 million (Rs 5,250) on certain operating subsidiaries of VIL. Litigation remains pending in the Telecom Dispute Settlement Appellate Tri- bunal, courts in relation to a number of significant regulatory issues, including spectrum and licence fees, licence extension, 3G intra- circle roaming and mobile termination rates, the company said.

Besides, Vodafone also faces tax liability of over »1 billion (at the current exchange rates it is worth Rs 9,900 crore). These claims are related to disputes concerning transfer pricing and not allowing income tax holidays and applicability of value- added tax to SIM cards. The quantum of the tax claims against VIL is around Rs 9,000 crore (»900 million). VISPL has also been assessed to owe tax of approximately » 240 million plus interest of » 190 million (about Rs 4,250 crore) in respect of a transfer pricing margin charged for the international call centre of Hutchison prior to the transaction with Vodafone, sale of the international call centre by VISPL to Hutchison and alleged transfer of options held by VISPL for VIL equity shares.

As regards the liability of Rs 14,200 crore towards acquisition of Hutchison- Essar in 2007, the company faces tax demand following the retrospective tax amendment carried out by the UPA government in 2012.

Official documents accessed by Mail Today show that the finance ministry had decided to withdraw the conciliation proceedings with the company on the income tax demand. While the Cabinet had approved the conciliation proceedings over the initial capital gains tax case, VIHBV went on to demand that the second case relating to transfer pricing also be included in the proceedings. However, since the stand of Vodafone on the transfer pricing case was not covered by the Cabinet decision, the finance ministry decided not to go ahead in the matter.