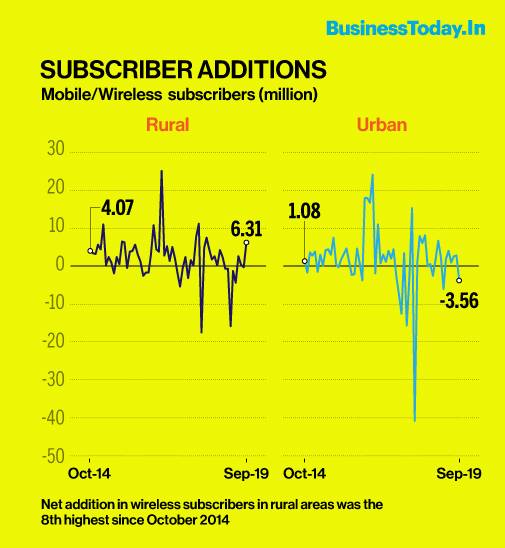 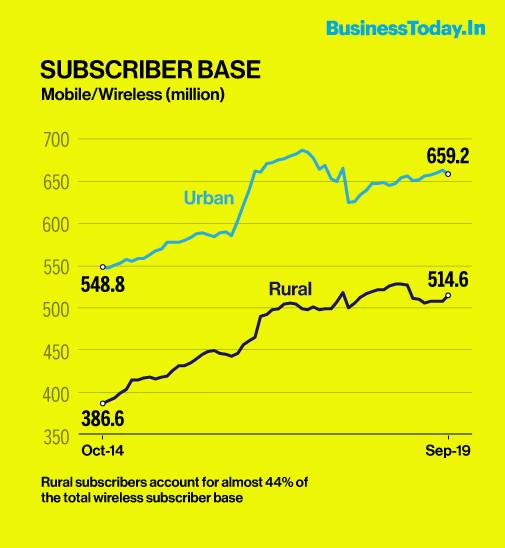 Signalling the sluggishness in the economy, India's index of industrial production (IIP) showed its weakest performance in seven years by contracting 4.3 per cent in September, due to output decline in manufacturing (3.9 per cent), mining & quarrying (8.5 per cent) and electricity (2.6 per cent) index. The component of manufacturing index, computer, electronic and optical products, with a weightage of 1.57 per cent in IIP, a proxy for consumer electronics demand, shrunk 10.6 per cent in September. Growth in rural subscribers base may not be strictly construed from the fact that within the manufacturing index, telephones and mobile instruments have been growing for the last eight months - it grew at 16.4 per cent y-o-y in September. Watches, scientific/ digital and special purpose were the only categories under computer and electronics that had been growing for many months. Do Vodafone-Idea, Bharti Airtel have the money to deal with Rs 1.36 lakh crore AGR blow?