4G data charges may go up by 10X as Airtel, Jio and Vodafone ask govt to set minimum floor price

The telecom companies -- Airtel, Jio, Vodafone and others are asking government to set a minimum price for mobile data and calls. If it happens, the prices of 4G data may go up by 10 times in India. 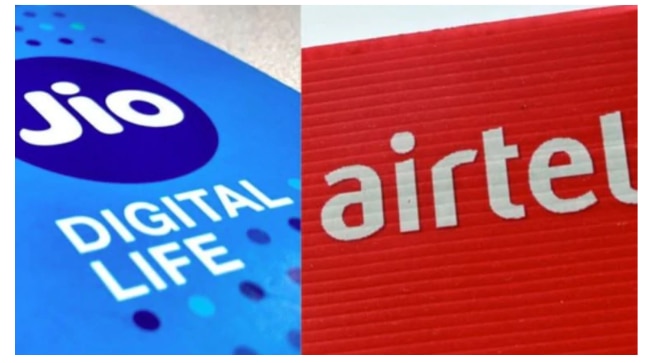 If government accepts a proposal made by telecom companies -- Airtel, Vodafone, Jio and others -- your phone bill may go up significantly. Mobile data users and callers are likely to feel the pinch as 4G data prices may increase by 10 times.

Mobile subscribers in India get access to 4G data at a price as low as Rs 3.5 per GB, news agency PTI reports. If the floor price, which is the fixed minimum rate, demanded by telecom operators is given way, the mobile data prices could rise 5-10 times from the current price.

Vodafone Idea, which is struggling, has proposed that the minimum data price should be fixed at Rs 35 per GB, Bharti Airtel has proposed minimum price of Rs 30 per GB for low data users and Reliance Jio wants the data to be priced at RS 20 per GB, gradually. Amitabh Kant, Niti Aayog CEO, has come out in support of telcos decision to fix mobile data rates and call prices. As of now, the telcos have the liberty to set the prices for mobile data and call rates. However, these companies have sought intervention from TRAI because of stiff competition.

"We would like to strongly emphasise that floor prices are the need of the hour to enable continuation of a multiplicity of firms that is critical for healthy competition. Given the heavy debt burden being faced by the sector and the recent fall in prices to unsustainable levels, there is no option available but to set floor prices," Kant said in his letter to Trai dated March 4.

Niti Aayog, in the past, showed discomfort with the idea of TRAI fixing floor prices in order to bail out telecom companies.

If the regulators accept proposal from telecom operators, the data price may see an increase tenfold or more. How it will impact you? Take this example. Right now you are using the cheapest data plan -- Rs 3.5 per GB -- with overall plan price of Rs 599 with a validity of 84 days. It offers up to 2GB data per day at 4G speed. After the telcos set a floor price, the same plan may end up -- theoretically -- costing between Rs 3,360 to 5,880.

The Telecom regulatory authority of India (TRAI) is reportedly consulting interested parties over setting a minimum price for call and data services following the industry's demand.

The Competition Commission of India (CCI), however, is not in favour of this step. It has aid that setting a floor price for mobile services is a regressive step that may have a detrimental effect on the market.

"No mature jurisdictions have imposed price floors on crucial sectors like telecom. Such retrograde regulatory measures bring inefficiencies in the longer run," CCI in its statement said to PTI.