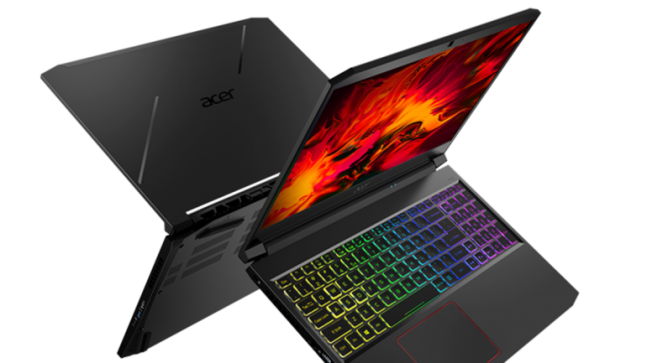 Of the four notebooks, the Predator Helios 700 is the most powerful and features the company's sliding HyperDrift keyboard. It comes with an overclockable 10th Gen Intel Core i9-10980HK or i7-10875H processor and NVIDIA GeForce RTX 2080 SUPER or RTX 2070 SUPER GPU. The Notebook also gets Acer CoolBoost Technology, a vapor chamber, and two Acer custom-engineered 4th Gen AeroBlade 3D fans. The upgrades also see the fitting of a faster 2933Hz memory (upgradable to 64 GB), an additional Thunderbolt 3 port (for a total of two), and the latest Killer DoubleShot Pro (Wi-Fi 6 AX1650i wireless and E3100G Ethernet). There's also a PCIe NVMe Solid State Drive. For display, the notebook gets a 17.3-inch 144 Hz FHD IPS display with NVIDIA G-SYNC technology.

Nitro 7, on the other hand, is Acer's solution for gaming on the go. Acer's updated Nitro 7 gets a sleek metal chassis that measures just 19.9 mm (0.78 inches) thin and 2.5 kg in weight. Underneath the hood, there's a 10th Gen Intel Core H-series processor and up to a GeForce RTX 2060 GPU. With up to three slots for high-speed M.2 SSDs, up to 1 TB in RAID 0 configuration, up to 32 GB of DDR4 2933 memory, Killer Ethernet E2600, and Intel Wi-Fi 6, game load and response times are incredibly quick.

The Nitro 7's thermal design includes dual fans, a quad exhaust port design and Acer CoolBoost technology, which can be enabled in NitroSense to increase fan speed by 10 per cent and CPU/GPU cooling by 9 per cent compared to auto-mode. It also gets a 15.6-inch non-glare FHD IPS display with a 144 Hz refresh rate and 3 ms response allows for visuals.