The new teaser video reveals some design elements of the phone, including the fact that it has a triple rear camera setup. 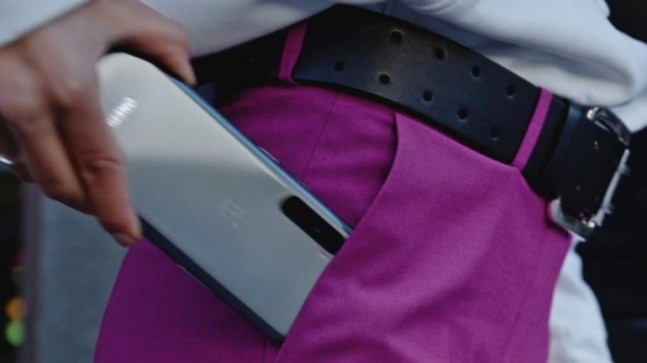 OnePlus has been constantly teasing its upcoming mid-range smartphone, the OnePlus Nord. The phone is scheduled to be priced below the $500 mark and feature competitive specs for the price. Expected to be launched in the coming days, the phone has now been teased again ahead of its release.

The latest information about the phone comes courtesy of a teaser video on the company's YouTube and Instagram pages, which shared the first look of the phone. The new teaser video reveals a lot of design elements of the phone, including the fact that it has a triple rear camera setup and dual selfie camera setup.

The teaser video titled "Dear Past", talks about the past of the company's journey in the smartphone business and also explores in brief what the future could hold for it. The teaser video also shows the narrator what looks like the upcoming OnePlus Nord.

While the video doesn't focus much on the Nord itself, and instead talks more about the journey, we do still end up seeing the Nord for a few fleeting seconds in the video in which it is easy to make out that the phone houses a triple rear camera setup and a dual selfie camera setup.

Apart from this, the video doesn't confirm anything about the phone. However, in the past, we've been made aware of a few details about the phone. Among these was the confirmation that the OnePlus Nord will come with a powerful mid-range chipset, the Snapdragon 765G.

To remind our readers, the Snapdragon 765G is a powerful chipset that sits between the flagship 8 and mid-range 6 series and brings features that are generally found on higher-end chipsets. This would mean that while the OnePlus Nord may not be the fastest when it comes to benchmarking tests, it would still have enough power to take on the competition and also bring new-age technologies such as 5G.

As for other details about the OnePlus Nord, we expect the company to slowly start sharing more details in the coming days. However, for now, leaks suggest the display on the phone could be an AMOLED panel with a screen size of 6.4-6.5 inches running at a refresh rate of 90 Hz. Under the hood, the phone is expected to be made available two variants, with either 8GB or 12 GB of RAM and storage of 128GB or 256 GB. Keeping the lights on could be a 4000 mAh rechargeable battery with support for fast 30-watt recharge via the USB Type-C port.