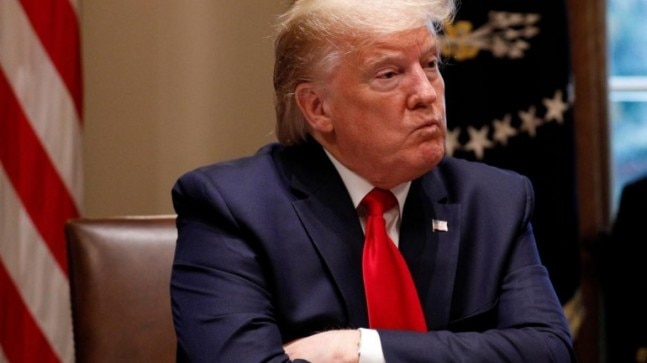 Twitter and White House are now fighting a tweet war in full public view, hours after Twitter called out US President Donald Trump for glorifying violence and put one of his tweets behind a public notice. The text of the censured tweet, which also saw its retweets and replies disabled, was picked by the White House account and used as a quote retweet. This tweet too has been put by Twitter Safety team behind a public notice, leading to White House officially accusing Twitter of selectively applying rules and for enabling misuse of its platform by terrorists, foreign propagandists, and dictators.

What is going on? In its tweet targeting Twitter, White House posted a screenshot of a tweet made by the Iranian supreme leader, and said, "This Tweet violated the Twitter Rules about glorifying violence. However, @Twitter has determined that it will allow terrorists, dictators, and foreign propagandists to abuse its platform." 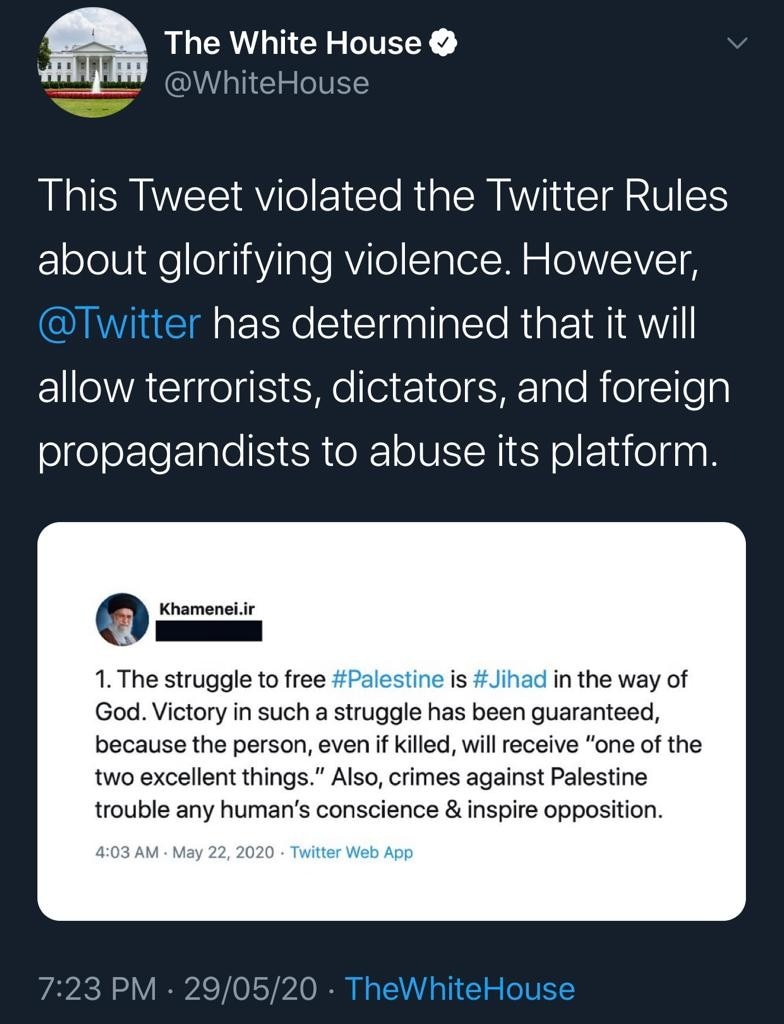 This came minutes after Twitter put one of the tweets made from White House account the text was the same one that Twitter earlier hid from general view on Trump's account behind a public notice.

In the next tweet, White House said, "The President did not glorify violence. He clearly condemned it. @Jack and Twitter's biased, bad-faith fact-checkers have made it clear: Twitter is a publisher, not a platform." 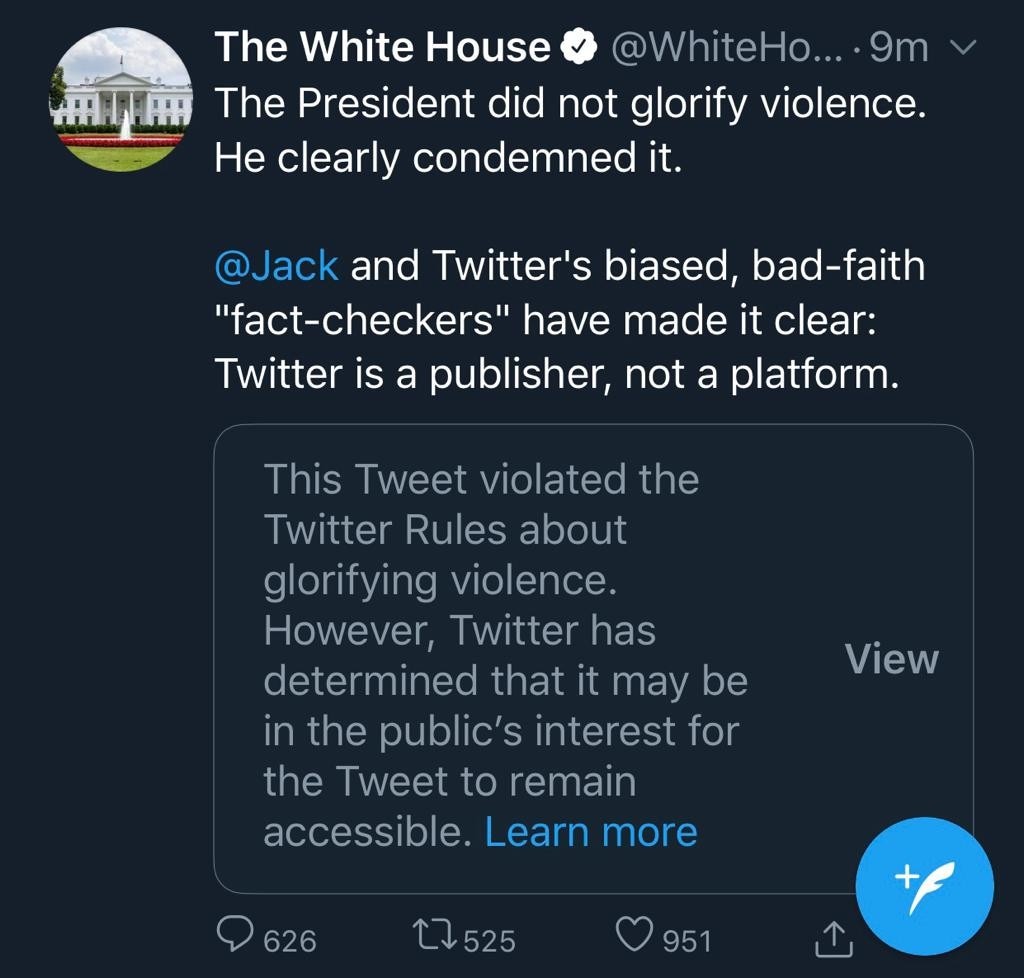 Earlier in the day, Donald Trump made two tweets on the Minneapolis protests in the US. In one of the tweets he had said that if there was looting, people should be shot. The tweet noted, "These THUGS are dishonoring the memory of George Floyd, and I won't let that happen. Just spoke to Governor Tim Walz and told him that the Military is with him all the way. Any difficulty and we will assume control but, when the looting starts, the shooting starts. Thank you!"

Twitter found that the tweet violated its rules and glorified violence. The social media site then put the tweet behind a public notice. A few hours later, White House account used the same text to compose its tweet, which too was put behind the public notice, in a sort of whack-a-mole game.

At that time, Twitter had said, "This Tweet violates our policies regarding the glorification of violence based on the historical context of the last line, its connection to violence, and the risk it could inspire similar actions today We've taken action in the interest of preventing others from being inspired to commit violent acts, but have kept the Tweet on Twitter because it is important that the public still be able to see the Tweet given its relevance to ongoing matters of public importance. Later reports claimed that Twitter CEO Jack Dorsey was informed about the move before Trump's tweet was put behind the public notice and that he had approved it.

Trump reacted by slamming Twitter. "Twitter is doing nothing about all of the lies & propaganda being put out by China or the Radical Left Democrat Party. They have targeted Republicans, Conservatives & the President of the United States. Section 230 should be revoked by Congress. Until then, it will be regulated!"

A day earlier, Twitter had fact-checked one of the tweets made by Donald Trump, effectively calling him a liar. Last night Trump signed an executive order aimed at weakening the power of social media companies in the way they deal with user-generated content that could be illegal or abusive. However, for now, it seems that the war between Twitter and Trump is just starting and may intensify in the coming days, although it is not clear what all steps Trump administration can take against Twitter given that it is a private entity and protected by all the relevant laws and regulations in the US.