Airtel and Vi have recently added streaming benefits with their prepaid plans to attract users who look at OTT benefits while making a recharge to their phones. 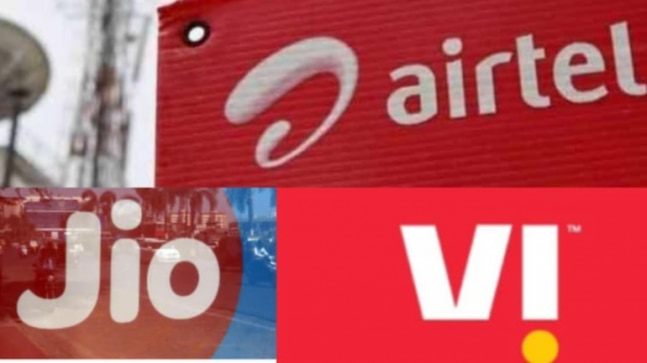 Telecom companies are constantly adding streaming benefits to their plans so that users interested in OTT benefits can benefit from these plans while also getting data and calling benefits. While Airtel recently partnered with Amazon to give streaming benefits on Mobile through Prime Video Mobile Edition, Vi partnered with Viacom 18 to give Voot Select content to users through Vi movies and TV. Vi also allows users to rent premium movies for 48 hours to users starting from Rs 60. Airtel is also giving users access to Tamil OTT content as it recently partnered with Divo. Meanwhile, Jio continues to offer users VIP subscription to Disney+ Hotstar. These plans can be upgraded to a premium subscription by adding in the balance for the subscription through the account.

Airtel Amazon Prime Video Mobile Subscription: Airtel in January partnered with Amazon to give mobile users the benefit of Prime Video for Rs 89. Listed on Airtel's website are plans starting from Rs 129 that give free prime video mobile trial to users for 30 days. This offer applies to users who are not already subscribed to Amazon Prime. Post the 30-day trial, users can recharge using Rs 89 to get access to Amazon Prime Subscription Mobile Edition for 28 days. The prepaid plan also comes with 6 GB of data. Users can also recharge their numbers with either Rs 299, Rs 131, or Rs 399 to get more benefits from Amazon Prime. Here is how you can get access to the free trial of Amazon Prime Video Mobile Edition.

Airtel Rs 349 prepaid plan: This plan gives 2GB high-speed data per day with 28 days validity. After 2GB, the speed is reduced to 64 Kbps. This plan also gives unlimited calling and 100 SMS per day. This plan comes with a free subscription to Amazon Prime, users must note that the validity of Amazon Prime will last till the validity of the plan, which is 28 days. Additional benefits of this plan include Airtel XStream premium, free hello tunes, Wynk Music, free online courses and Rs 100 cashback on FasTag.

Airtel also has prepaid plans that give access to VIP subscriptions of Disney+ Hotstar. These plans are priced at Rs 448, Rs 599 and Rs 2698.

Airtel plans with Wynk premium: The Rs 78 and Rs 248 prepaid plans offer 5GB and 25GB respectively and the plans remain active till the existing validity of the plans. The plans offer a premium subscription to Wynk Music that gives ad-free music and unlimited song downloads. The Rs 78 prepaid plan offers a month subscription whereas the Rs 248 add-on plan offers a one-year subscription. The app notes that the pack is applicable for an active bundle and smart pack users.