AirtelXStream and JioFiber have broadband plans priced at Rs 999, Rs 1499 and Rs 3999.The plans offer streaming benefits along with unlimited data. JioFiber is currently giving a 1-month free trial at Rs 1500 and Rs 2500. 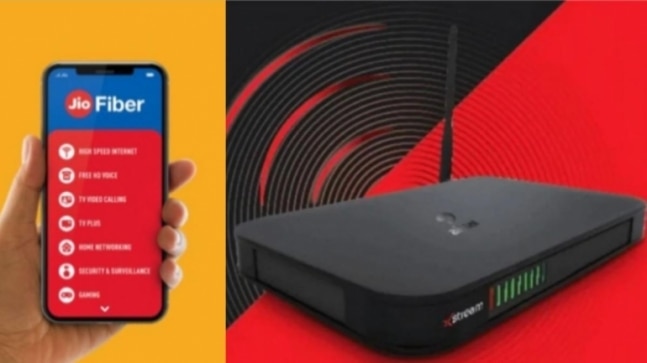 Two separate trial plans from JioFiber are priced at Rs 1500 and Rs 2500 and are refundable. They offer 30 days validity with no rental cost, but a refundable deposit of Rs 1000. Both plans offer 150Mbps data with a FUP limit of 3.3TB a month. While the Rs 1500 plan does not bring any OTT benefits, the Rs 2500 plan gives access to 13 OTT platforms. Users are eligible for a free modem or a router with these plans. The Rs 2500 plan also gives access to a 4K set-top box.

As per Airtel, all its broadband plans include Airtel Xstream 4k TV Box along with 10,000+ movies, shows and original series from 7 OTT apps and 5 Studios. The last three plans in the list, that is, entertainment, ultra and VIP plans priced at Rs 999, Rs 1499 and Rs 3999 give access to Amazon Prime Video, Disney+ Hotstar and Zee5 services while all plans give access to Airtel XStream OTT services that include Lionsgate, Voot Basic, Eros Now, Hungama Play, Shemaroo Me and Ultra. The plans also give access to the Airtel Thanks app, Wynk Music. Active DTH subscription is mandatory to continue accessing and enjoying internet-supported online content and services on Airtel Xstream Box.