Alexa completes 3 years in India, interaction with voice assistant increased by 67 per cent in 2020 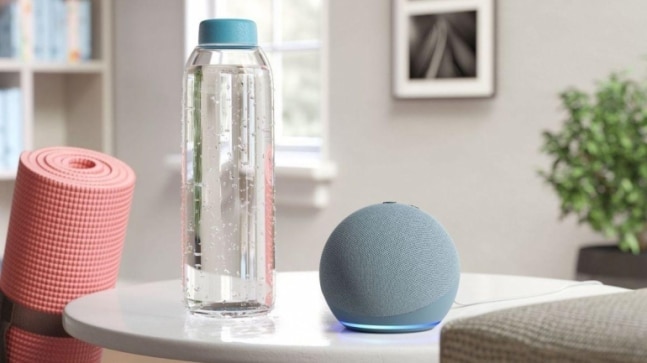 Amazon on Monday announced that Alexa, the digital voice assistant, completed three years in India. Celebrating the anniversary, Amazon India says that customers in India interacted with Alexa in English, Hindi, and Hinglish (mix of English and Hindi) last year and interactions with Alexa increased 67 per cent in 2020 as compared to 2019. The company also added that customers interacted with Alexa for different things like playing music, setting alarms, controlling smart lights and appliances, real-time updates on cricket scores, and other real-time info.

To mark the third anniversary, Amazon has announced an offer to woo new customers to pick up Alexa powered speakers. Starting February 15, customers for 24 hours will have offers on Echo Devices as well as attractive, smart home bundles and more.

Amazon also claimed that more non-metro city customers bought an Alexa powered Echo speaker. This has helped push Echo speakers' reach to non-metro customers who now account for over 50 per cent of the country's Alexa users.

"Alexa users spanned the corners of the country and came in equal numbers from metros like Delhi, Mumbai, Bangalore as well as smaller cities like Spiti, Bundi, and Gadchiroli. Customers from over 85% pin codes purchased Echo smart speakers in 2020," the company said in a statement.

Sharing some insights from the Indian market, Amazon adds that customers in India expressed their love around 19,000 times a day by saying "Alexa, I love you" and asking "Alexa, marry me" around 6,000 times a day. 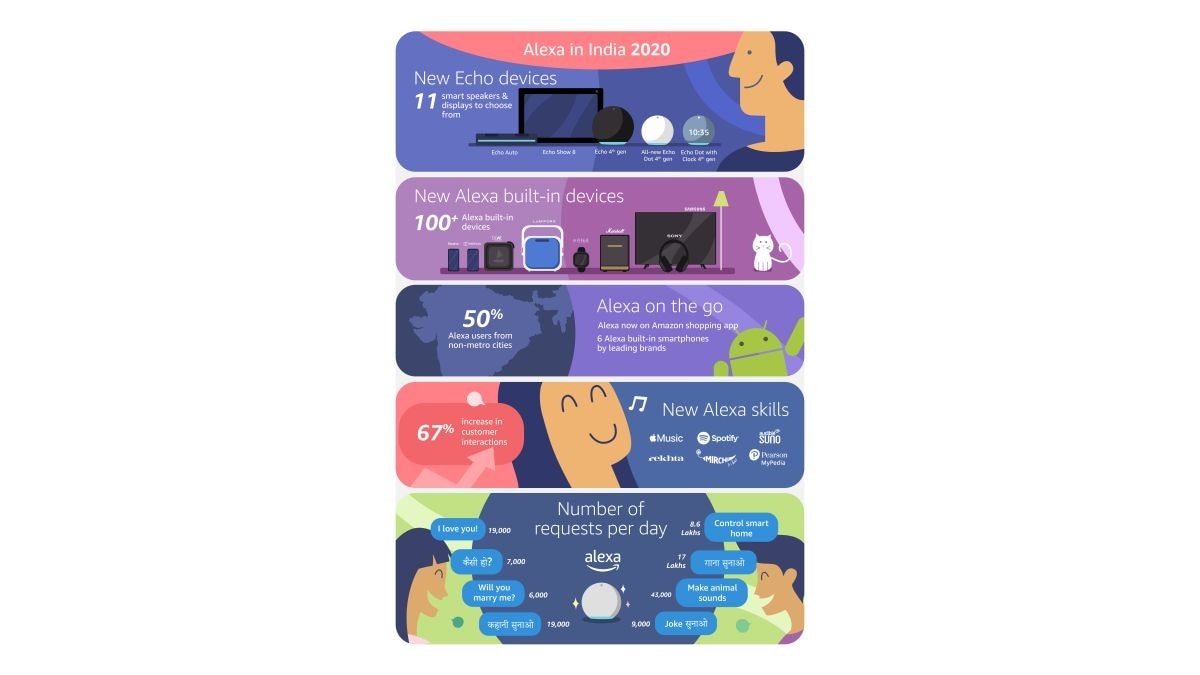 Listing some of the popular songs that Alexa users requested, Amazon says Shaitan Ka Saala, Muqabla, and Aankh Marey were the most requested Bollywood songs in 2020.

Last year, Alexa made its debut on the Amazon shopping app for Android, and the company says it responded to over 5.8 lakh requests every day to search for products, best deals, and music. Moreover, customers in 2020 asked Alexa to control a smart home gadget 8.6 lakh times every day. Alexa also answered over 43,000 animal sounds requests via the Wild Planet Skill every day in 2020.

Commenting on the third anniversary, Puneesh Kumar, Country Leader for Alexa, Amazon India, "Be it the Echo device in the living room, 100+ Alexa built-in devices or your favourite smartphone, it is heart-warming to see users across the length and breadth of the country across age groups find value and adopt Alexa in their daily lives. For us its always Day 1 as we learn from our customers and continue to add new features, improving Alexa's understanding on topics that matter to users locally."

Also read: | Jeff Bezos stepping down as Amazon CEO, here is full letter he wrote to employees
Also read: | Playstation 5 review in 5 points: How it works, is it worth buying in India?
Also read: | Instagram may soon stop you from sharing feed photos and videos to Stories

Xiaomi Black Shark 4 gaming smartphone certified in China; could be announced this month