Ali Baba co-founder Jack Ma is not China's richest man anymore, find out who is 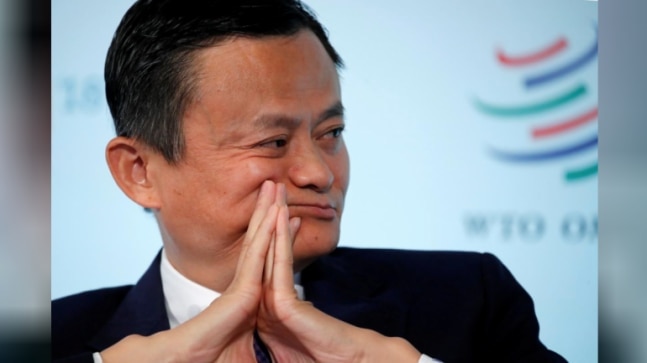 China's once richest man and Ali Baba co-founder, Jack Ma has now been replaced by Ma Huateng. Huateng is the Founder and CEO of the Tencent Holdings (TCEHY), which is a Chinese internet giant and reportedly, the biggest game developer. Tencent developed the extensively used social media app, We Chat that has 1 billion monthly active users.

The Bloomberg Billionaires Index has said that Ma Huateng's net worth is $50 billion whereas Alibaba's Jack Ma stands at a worth of $48 billion. According to a report by Bloomberg, Tencent's recent stock exchange added a $40 billion surge to the company and changed the dynamics of the richest people in China.

Coronavirus has a part to play in the shuffling of the richest in China. This is due to consumer habits around the world have changed, workplaces are going digital leading to soaring shares of tech companies. The top five spots of China's richest people are occupied by tech tycoons, as per the report.

Tencent shares have climbed 31 per cent in 2020, while PDD's American depositary receipts have more than doubled. Alibaba, meanwhile, has advanced just 6.9 per cent, the report stated.

Even though Ma Huateng may not be as widely recognised as Jack Ma globally, he is a well-known figure in China. Ma Huateng is also famously known as Pony Ma in China. Huateng founded Tencent along with four of his classmates. Before co-founding Tencent, Ma Huateng worked as a developer in a telecom service provider in China. Huateng earned a Bachelor of Science degree in Computer and Applied Engineering from Shenzhen University in Guangdong, China, according to The Street.

"Tencent's online games segment will probably perform strongly through the Covid-19 pandemic, and most of its other businesses are relatively unscathed," said Vey-Sern Ling, a Bloomberg Intelligence analyst.

Tencent has greatly advanced since 2018 when its sales were quite low as China froze the approval process for new games. The stock since then has doubled and Tencent reported a 26 per cent jump in first-quarter revenue.

Pinduoduo, a shopping app also known as PDD, has more than doubled this year, as per a report by Bloomberg. Colin Huang of PDD, whose net worth stands at $43 billion, has overtaken real estate mogul Hui Ka Yan of China Evergrande Group out of the top three earlier this year according to the Bloomberg Billionaires Index.

iOS 14: Will your iPhone get it, check in the list