Amazfit is all set to unveil the Amazfit Band 5 with SPO2 monitor on Amazon. The smart band got listed on the e-commerce platform ahead of the launch. 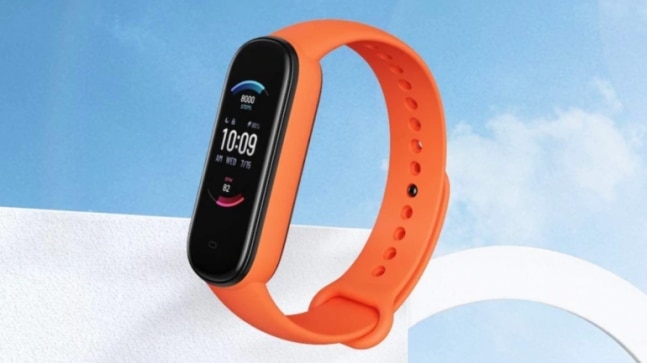 Amazfit is all set to launch yet another fitness band in the market. The band 5 got listed on Amazon US ahead of the launch. The listing revealed that the smart band will be launched on September 30. The Amazfit Band 5 boasts of some interesting features including the SPO2 monitor, heart rate sensor support Alexa, and much more. The fitness band will compete with the Xiaomi Band 5, which was released in China a couple of days ago.

Amazfit, known for making fitness tracking devices, has opted for a sleeker and more compact fitness band design this time. The Amazfit band looks strikingly similar to the newly-launched Mi Band 5 but it has an edge over the Mi Band 5 in terms of specifications. However, there could be a huge difference in price as the Amazfit band may not be as economical as the Mi Band is. But all that will be clear only after the band is launched, for now, let us have a look at the specifications.

The Amazfit Band 5 a color HD AMOLED display that is shaped like a capsule. The smart band comes along with 45 watch faces that can be accessed through the Zepp app and users can even customize the watch faces. The band comes with an SPO2 monitor which helps in keeping a track of the blood oxygen levels in the body. Apart from this, there is a 24*7 heart rate monitor that will measure your beats for as long as you are wearing the smart band, a sleep-quality monitor which will analyze your sleep pattern, there is also a stress monitor, and women's health tracker, which will monitor the menstrual health of women.

Amazfit Band 5 also has a sports mode that includes cycling, swimming, running, and more. The smart band is 5ATM certified for water resistance so you can wear it under the shower.

In terms of battery, the company claims that the band can go on for 15 days in a single charge. However, if users turn on the power saving mode, the smart band can last up to 25 days. The smart band will come with support for Alexa.

As per the Gizmochina report, Amazfit Band 5 will be priced around $49.99 (roughly Rs 3650) in amazon.com. The company is yet to make an announcement about the India launch of the device.