In India, Amazon and Flipkart have announced their first sales of 2021. Users will be able to grab heavy discounts on camerasincluding Sony ZV-1, Canon EOS 1500, GoPro Hero 9 Black and more. It is 2021 and both Amazon and Flipkart have announced their first sales of the year. The first sales are happening in order to celebrate Republic Day in the country. Users will be able to grab deals and offers on a variety of products during the sales. As for Amazon, the Great Republic Day Sale will commence on January 20 and last till January 23. But Prime members can avail offers early than January 20. For Amazon Prime members, the company is giving a 24-hour window where users can order and avail sale offers starting from January 19.

Flipkart Big Saving Days will also start from January 20 but will last till January 24. Similar to Amazon's 24-hour bonus window for Prime members, Flipkart sale starts early for its Plus members. Thus users with Flipkart Plus membership can shop at discounted prices starting from January 19.

Let us talk about the deals which camera users can avail during the sales.

--Amazon shies away from revealing exact deals. The company prefers to leave blanks in front of the offered prices as of now. Though some of the camera brands that users can avail heavy discounts on include Sony, Canon, Fujifilm and Panasonic. 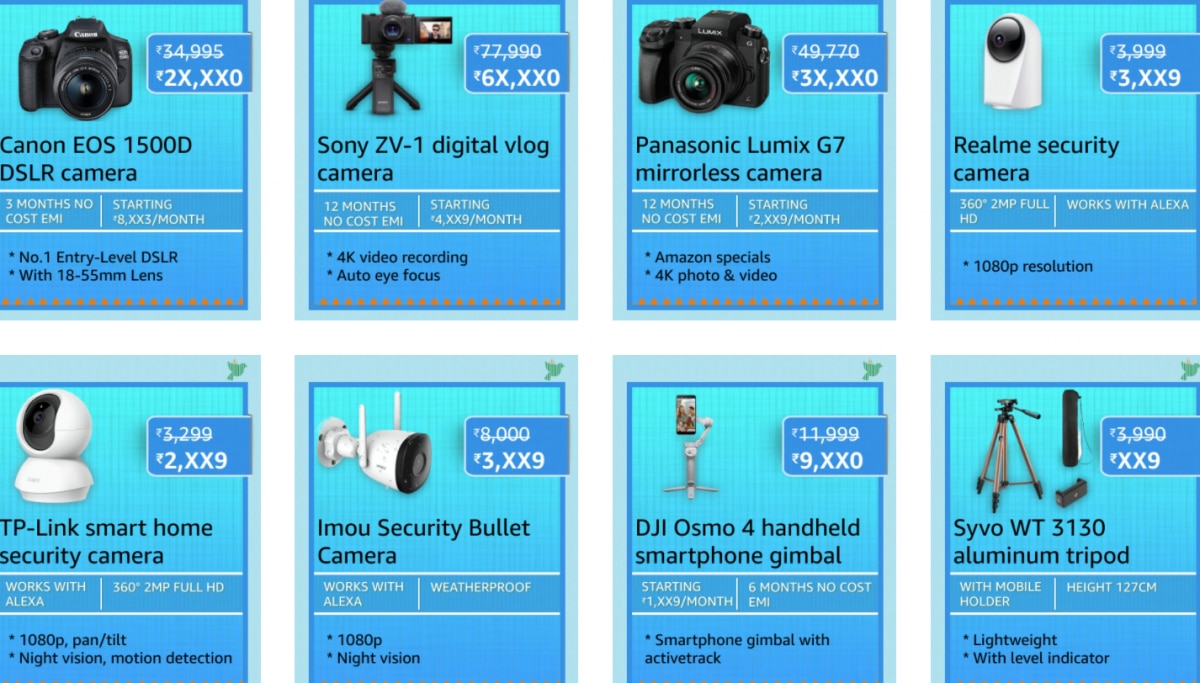 --Amazon will also provide up to 80 per cent off on camera accessories during Great Republic Day Sale. This may include tripod, DJI gimbal, camera batteries, lighting equipment, camera bags and cases.

--Canon EOS 200D Mark II camera kit will be available for Rs 64,576 during Flipkart sale days. The camera was launched in May 2019 and equips a 24.1-megapixel sensor. The company claims that the EOS 200D Mark II is one of the lightest DSLRs for photographers in Canon's portfolio.

--Other cameras that will be on discount include Canon EOS 1500D, Fujifilm Instax Mini 9, Insta360 One R and more.