Amazon's Alexa gets smarter and wiser: Here are some of the features 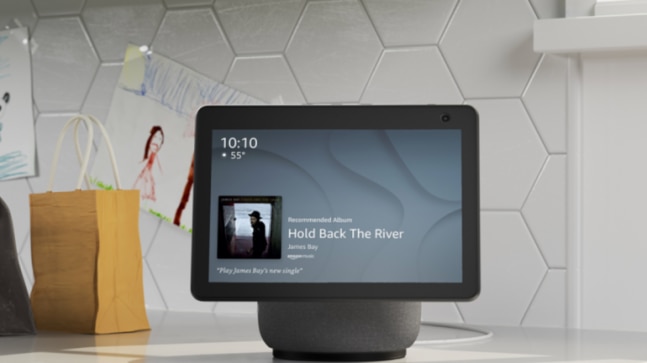 Amazon announced a couple of devices on its hardware event along with new Alexa features. The new updates make Alexa smarter and wiser, it can now recognize sounds like the breaking of glass, crying of a baby and it has also learned to take feedback and work on it. In short, it got better than most humans we know!

Alexa is one of the voice assistants that has become quite popular over the years but now the human-like qualities will only make it better. Here are some of the things that Alexa can do now

— Alexa was already equipped with a self-learning technology but with the latest updates, the feature got better. The new enhancement in the self-leaning tech can now let users teach Alexa directly. Alexa in return asks questions to understand things better. When asking Alexa to stop doing something, it senses your tone and determines a particular action was unsatisfactory, she automatically corrects herself.

— Alexa will now be able to understand when people are talking about themselves and when they are talking to the assistant. Many times Alexa could not understand whether people were talking among themselves or giving commands to her. The voice assistants picked up words randomly did something that was uncalled for. But now with the latest update, Alexa will finally get to know the difference. However, not after testing one can tell how genuine the new feature is.

"Alexa will use a combination of acoustic (ambient sounds versus human speech), linguistic (questions directed to Alexa versus another human), and visual (looking at the device versus at each other) cues to determine that particular interaction is directed at her. She will then use the context of the conversation to decide how to respond or which specific action to take," Amazon blog read.

— Amazon is also trying to give a more human touch to its voice assistant. With the new update, Alexa will be able to question the user about something that she does not understand.

—Alexa will also able to recognize more and different types of sounds. "Alexa will also be able to recognize even more sounds like a baby crying or someone coughing or snoring. You'll be able to choose to set up Routines like turning on the light in your bedroom when Alexa detects the sound of a baby crying or turning on white noise when your partner starts to snore at night," Amazon blog said.

— Along with behavioral updates, Alexa has also got a new security feature called the Guard Plus. The new feature would help users protect their homes. "You can say, "Alexa, how do I review my privacy settings," to get more information on how to manage your privacy controls, or later this year say, "Alexa, delete everything I've said," to delete your voice history. You can also choose whether or not to save your voice recordings. If you choose not to save your voice recordings, they will be automatically deleted after Alexa processes your request," the blog says.