The state had urged the center to ask interest service providers to block access to online betting, gambling, and gaming apps including Paytm First Game, Mobile Premier League, and Adda52. 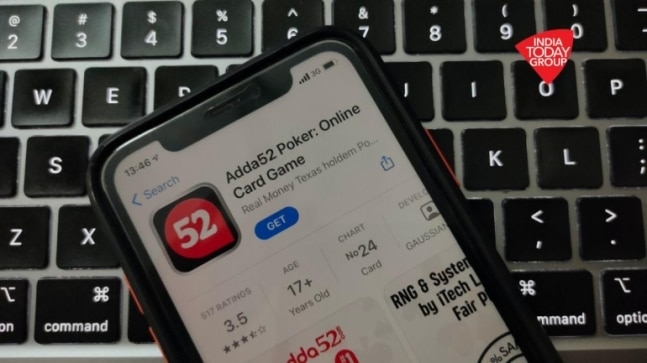 Andhra Pradesh has banned online gambling apps. The state had urged the centre to ask interest service providers to block access to online betting, gambling and gaming apps including Paytm First Game, Mobile Premier League and Adda52. AP Chief Minister YS Jagan Mohan Reddy had written a letter to the Telecom Minister expressing concerns over the emergence of online gaming and betting platforms. He highlighted the hazards of the youth's fixation with such platforms.

The CM in his letter included the names of 132 websites that offer services including online betting, gambling and more. He informed Prasad that the state has amended the AP Gaming Act 1974 "to include online gaming, online gambling and online betting as an offence through Andhra Pradesh (Amendment) ordinance 2020".

"The main objectives of the amendment to the Act is to ban online gaming, online betting and online gambling. It is made a cognizable offence punishable under the Act. Moreover, the managing directors of all the online gaming companies and those involved in the running of the company are liable for punishment under the Act," Reddy said in his letter.

Interestingly, Reddy did not include the name of Dream11, which is one of the official sponsors of the IPL. Dream11 also offers similar services such as online gaming and lets users making money out it.

Reddy has cited severe addiction, suicides due to losing money and violent behaviour as his reasons behind his concern over the online betting platforms. He has elaborated that people have committed suicide when the lost money in online gambling. The youth, primarily, have also shown violent behaviours towards their peers when they were stopped from playing or indulging in those games.

CM specified that under the AP Gaming Act 1974 those whoa are assisting the operation of online games will be punished and actions will be taken against the internet service providers in case they fail to block access to these games and websites in Andhra Pradesh. "I would request you to direct all the internet service providers to block all online gaming, gambling and betting websites and apps from access in Andhra Pradesh," He stated in the letter.

OnePlus 8T is getting Cyberpunk 2077 makeover on November 2

Motorola likely to unveil Moto E7 soon: Here is what we know so far