Google is getting ready for the launch of Android 12 and this is the first step towards that. Android 12 is finally available for download in the developer preview version, meant for developers and early testers to understand what new things the new operating system will bring and basically to prepare their apps around that. This also means that this version is nowhere close to being used on your daily driver, which is why you should stay away from this version until after Google announces the beta versions that are significantly better, if not properly stable.

Google releases the developer preview months ahead of the original rollout to make developers familiar with the OS but it does not show all its cards. Most of the design elements are reserved for reveal at the annual I/O, typically held in May. But there will still be some discernible changes, expected to be the ones that were leaked sometime back in screenshots. And these changes make Android 12 somewhat better than the Android 11, or at least closer to Apple's iOS platform that enjoys a better reputation as a mobile platform for being cohesive.

The Android 12 Developer Preview is available to download on Pixel 3 and higher models right now. Interested users and developers will need to install the new build by flashing their Pixel phones. According to Google, the beta programme will be kicked off sometime in May this year, giving regular users the chance to experience Android 12 before it becomes widely available towards the end of August.

The biggest advantage the Android 12 seems to bring over Android 11 and previous versions is the better compatibility for media files. So, unlike Android 11, the Android 12 will automatically make the HEVC video format compatible in apps that do not have native support for them, thanks to the new transcoding layer. And this will be quite useful for different Android phones from different OEMs. Presently, when a video is recorded in the HEVC format, it is likely not natively supported on third-party apps such as VLC. 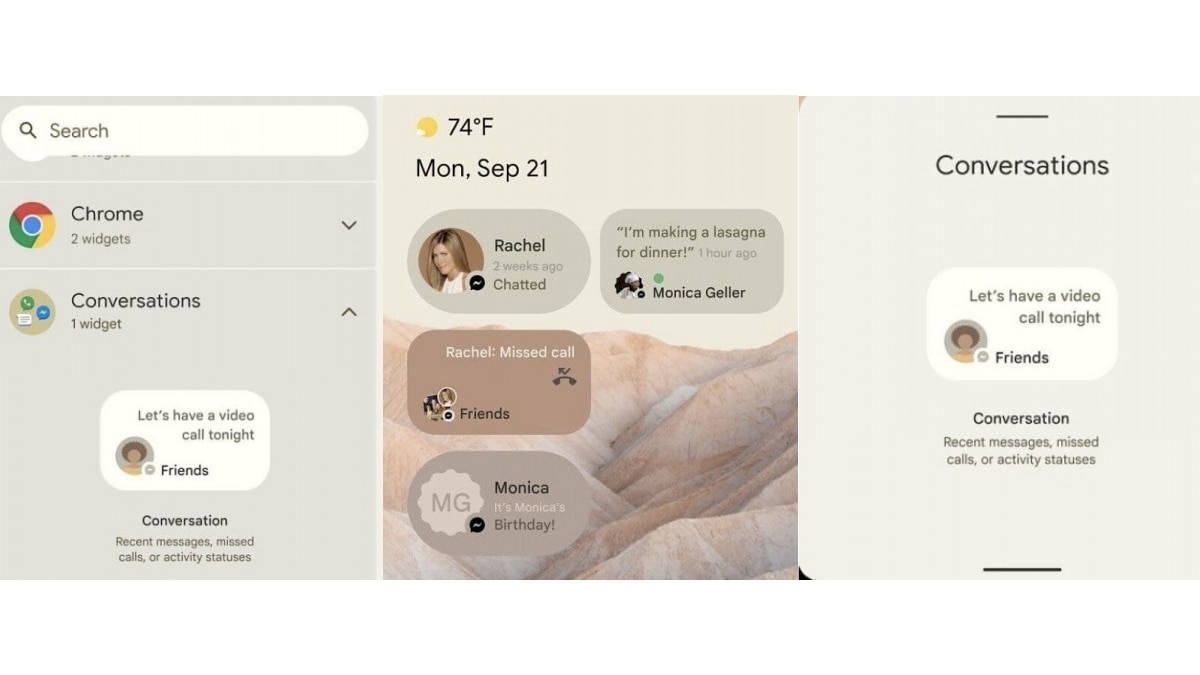 Further, there will be support for spatial audio on Android 12, making Google's next big OS an inch closer to iOS in supporting high-fidelity sound standards. Mobile phones are not just phones anymore, they are being used across different industries, including the one where audio plays an important role. Spatial audio will give third-party companies a boost to extend support and widen their Android-centric portfolio. The new OS will also support MPEG-H format with up to 24 channels for audio from eight right now, giving developers to pack rumble effects.

Another big takeaway from the underneath of Android 12 is the AV1 Image File Format, known as AVIF, that Google seems to be going all out over. And why shouldn't it? Google wants AVIF to replace JPG as the default format for images, a change that would make images look much clearer and sharper with the system-enabled compression to ensure wider compatibility. AVIF format for photos stems from the AV1 video format that was proposed by tech companies years back and is used by Google and Netflix in their content. But Google does not want AVIF to become the default format for the camera app yet, so this could be just the first step towards that future.

The cut, copy, paste functionality is getting a major overhaul with Android 12, wherein the new "Rick content insertion" API will let you cut, paste, or drag and drop any kind of content across apps with options of plain text, among others from the markup in images, videos, and other files.

Google has ramped up the OS security with Android 12, as well. Dubbed Project Mainline, the programme will let Google push critical security updates right to the Google Play infrastructure, rather than waiting for OEMs or carriers (in the case of locked phones in the US and other countries) to implement those security changes to the device. The security and privacy interfaces on the OS have also been tweaked to favour simplicity and a cleaner look. And Google's new Android version will show indicators on the status bar when the camera and/or the microphone are accessed by an app on the phone, much like how iOS 14 does it.

Google's roadmap for the rollout of Android 12 includes Android 12 Developer Preview release in February, followed by two more developer-centric releases in March and April. Then, Google will kick off the beta programme with Android 12 Beta 1 likely to be rolled out in May. there will be three more beta builds for Android 12, slated to be released in the months of June, July, and August. And finally, towards the end of August, we could see the Candidate Release and then the stable, final release of Android 12.