Apple on Wednesday became the world's most valuable company when its shares briefly climbed to $468.65 making it a $2.0004 trillion company. 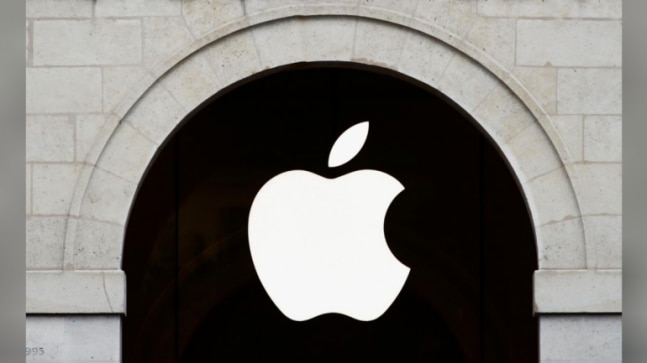 Apple becomes the first publicly listed company to reach $2 trillion mark in US history: Apple's market value on Wednesday reached the $2 trillion mark making the tech giant the first ever publicly listed US company to reach that mark. In August 2018, Apple became the first US company to reach the 1 trillion dollar mark. It took Apple 42 to years to achieve the market value of $1 trillion but just two years to double it. The Cupertino, California-based company's shares briefly climbed 1.4 per cent to $468.65 in midday trading on Wednesday, giving it a market capitalisation of $2.004 trillion.

Apple, other tech companies' stocks soared during pandemic: As per a report by NYT, all of Apple's second $1 trillion came in the past 21 weeks while the global economy was in the face of a recession. As per the report, until mid March Apple's value was under $1 trillion in the backdrop of coronavirus. On March 23, the Federal Reserve announced aggressive new measures after which the stock market of particularly the tech giants including Apple, Microsoft, Amazon, Alphabet and Facebook have soared. Together, the market value of tech giants is $3 trillion since March 23. Apple is followed by Amazon and Microsoft in the second and third places, with market-caps below $1.7 trillion.

In the company's recent earnings call Tim Cook said, "We do not have a zero-sum approach to prosperity. We are focussed on growing the pie, making sure our success isn't just our success and that everything we make, build or do is geared toward creating opportunities for others."


Apple products and services through the years: Apple was bankrupt in 1997 and in 2020 it has become the most valuable company in the world. Under the leadership of Steve Jobs and Steve Wozniak, Apple released well-regarded products such as the Macintosh computer in 1984, the iMac in 1997, the iPod in 2001, the iPhone in 2007 and the iPad in 2010. Former design chief Jony Ive and current CEO Tim Cook joined apple in 1996. Apple gives streaming services and is planning bundled subscriptions from October.

5G iPhone: Apple's stock has more than doubled off a March low, in a rally that has been driven by strong earnings results and optimism over its upcoming 5G iPhone, Bloomberg noted. The highly anticipated 5G iPhone would support next-generation cellular wireless data speeds potentially 10 times faster than the rate at which phones can download today. That means, for example, that people can download an entire season of a TV show in seconds, as per a report by CNet.