Apple is expected to launch the AirPods 3 this year, and here's everything we know so far about the upcoming TWS. 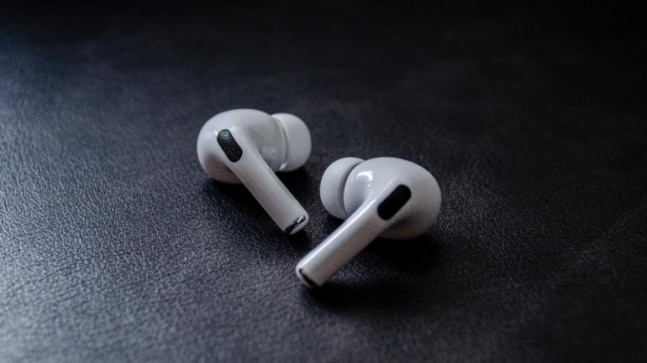 Apple Airpods have dominated the TWS market since it first arrived in 2016. It was not that the world had not seen TWS earphones then. But AirPods was the product that changed the wireless earphones' scenario and brought it to the mainstream.

The AirPods has seen two iterations in the past, the first in 2016 and the next in 2019. After two years of the interval, the Cupertino giant is reportedly gearing up to upgrade its new AirPods, the AirPods 3. This upcoming iteration was also rumoured to make a way in 2020 but didn't launch, most probably due to supply chain constraints caused by the pandemic.

The upcoming iteration might see some hardware and design changes, as suggested by some media reports. Besides that, we have gathered quite a decent chunk of information to educate you'll with everything we know so far about the Apple AirPods 3.

--Several predictions are being made about the launch of the upcoming Apple wireless earphones. A fresh leak from a South Korean website claims the next AirPods should finish the final testing by early 2021 and begin shipping to consumers in the first half of 2021. This leak corroborates with what popular Apple Analyst Ming-Chi Kuo had suggested. He had predicted that the Apple Airpods would only release in the first half of 2021 and not in 2020. --As far as the design of the upcoming Airpods is concerned, the earphone will expectedly be updated with a design similar to the AirPods Pro. A recent leaked coming from the 52audio website has helped us with the first look of the Apple AirPods 3 with silicone tips, a redesigned case and more.

--Right of the stand, we can see an in-ear year design from the leaked pictures with silicon tips. This means that the next-gen AirPods may ditch the resting on your ear to the in-ear design, unlike any other earphone in the lineup. 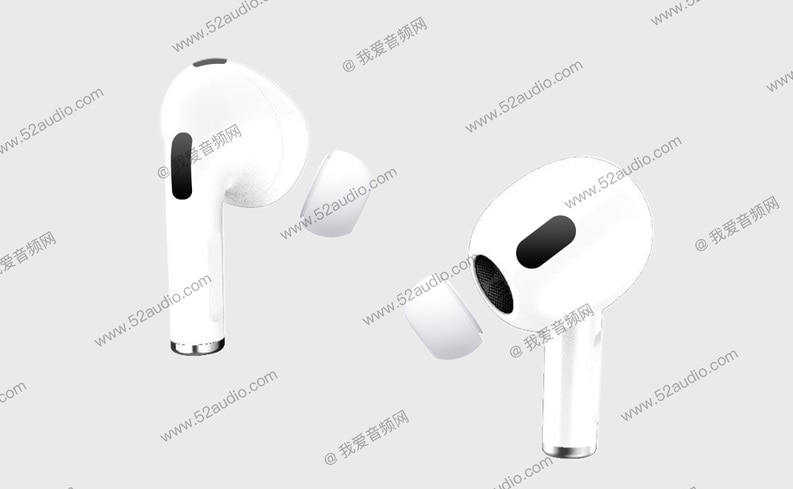 --Further, the AirPods 3 have a more rounded design and a smaller footprint similar to the AirPods Pro. Besides this, it will have a smaller stem and silicone tips like mentioned before. In order to accommodate this new design, the case has also been widened to some extent.

--Apple is reportedly working on a new Wireless chipset that could be installed on the upcoming AirPods. This new chip will expectedly improve the battery, range and additionally would come with a few additional features.

--The AirPods 3 is also expected to bring a more compact integrated system-in-package (SiP) that's similar to the SiP used in the AirPods Pro. This will allow more of the audio features to be integrated into a smaller casing design.

--Through 52audio, we know that the upcoming AirPods will feature the same pressure relieving system used in the AirPods. This minimises the discomfort during long listening sessions by equalising pressure within the ear.

--Finally, AirPods 3 is also expected to borrow touch gestures from the Airpods Pro. However, it would miss out on the Active Noise Cancellation (ANC) feature.

Several reports have confirmed the upcoming Apple Airpods 3 to be in the making. Also, there are various speculations about the launch date of the upcoming TWS earphones. However, most leaks and reports have hinted towards an early launch. Now looking at the pace of leaks, we can even expect the Airpods 3 to launch earlier than usual. We do not have an exact launch, but we expect the upcoming AirPods to show up somewhere in March. We will update this page once we get some information regarding the same.

The second-gen AirPods were launched at a starting price of Rs 14,990 in India and scaled up to Rs 18,990 for the wireless charging variant. Given that the upcoming AirPods 3 will miss out on ANC, we can expect the earphones to ship at the same price as the last-gen AirPods.

This may be our first look at Apple AirPods 3 tipped to launch in March
Massachusetts man loses one AirPod, X-ray reveals he swallowed it in sleep
Apple AirPods Pro 2 may launch in first half of 2021