Apple did not launch the AirPods 3 at its Spring event so now rumours are pointing to a launch later this month. 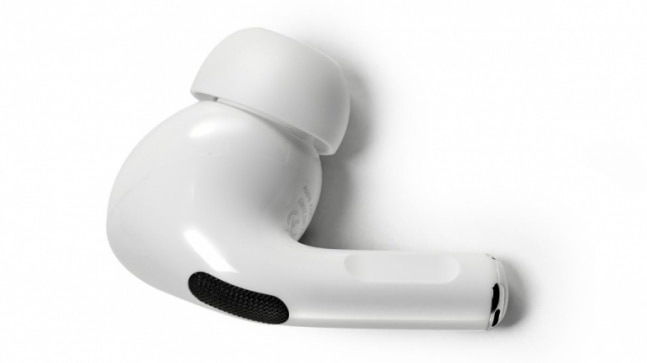 Apple introduced the new iPad, new iMac, new Apple TV, and the brand-new AirTag at its Spring Loaded event. But there was one product that was not a part of the launch announcement, the AirPods 3. Rumours have pointed towards the launch of third-generation AirPods for a long time, but the iPhone maker seems to be taking more time. That might end if a new rumour is anything to go by. A new sketchy leak now suggests that the Apple AirPods 3 might arrive on May 18.

YouTuber Luke Miani (via AppleTrack) has claimed that the third-generation AirPods will indeed be launched this month. The launch date will be May 18, according to Miani, who has cited sources privy to the development. The rumour from the YouTuber also suggests that the AirPods 3 are ready to ship and that their launch will be announced through a press release on May 18. He has also suggested that Apple may introduce a new HiFi plan for Apple Music subscribers. In addition to this rumour, AppleTrack, the website that spoke to Miani, has claimed it has separately heard Apple is planning a May launch for the next AirPods.

It is obvious that the rumour by Miani will be treated with scepticism, mainly because he does not have a track record in the world of Apple-related leaks. But what he is saying is something that several other sources have hinted at. For instance, a previous report also suggested that the new AirPods are arriving in the "coming weeks." Another publication, Hits Daily Double, cited its sources to say that Apple may also introduce a premium plan called HiFi for Apple Music users to offer them new high-fidelity audio quality to match Spotify's HiFi tier that is due for arrival later this year. And this plan may debut alongside the third-generation AirPods.

The Apple HiFi plan seems real. Some enthusiasts who tinkered with the iOS 14.6 beta code found evidence that Apple Music will soon offer a HiFi plan with Dolby Audio support. And for the AirPods 3, there has been a deluge of rumours and leaks that have pointed to an imminent launch. In fact, these rumours were certain the new AirPods 3 would arrive at the Spring event, but that did not happen. The anticipation around the new AirPods is high, mainly because Apple has not updated its truly wireless earphones for a while. The situation is so bad that people are falling for fake AirPods 3 that are selling as the original.

Right now, it is a bit difficult to assume what plans Apple may have for its audio hardware and software category. And contrary to what Miani has predicted, Apple may as well choose to unveil the new Apple Music HiFi plan and the AirPods 3 at the upcoming WWDC event in June. For what it is worth, there will be some wait until the new products arrive.