Apple AirPods 3 will get a design upgrade, to launch in early 2021

The next-generation AirPods are expected to get a much-anticipated design upgrade, aping the AirPods Pro. The new model will be available in early 2021. 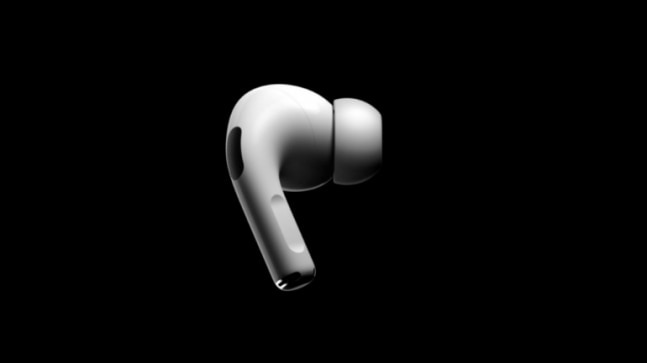 The WWDC for 2020 has begun and in its first keynote, Apple had a lot to please its iPhone, iPad, Mac and AirPods customers. The only hardware announcement came in the form of Apple's decision to move to its custom Apple Silicon chips instead of the Intel chips. However, Apple is working on a lot of things and apart from the rumoured iPhone 12 lineup, there's going to be a new version of AirPods next year.

Renowned analyst Ming-Chi Kuo has suggested that Apple is going to bring the third generation of the AirPods early next year. While it's a long time before you start seeing renders and detailed leaks, Kuo says that the next-gen AirPods will look a lot like the AirPods Pro -- the more expensive version that Apple released later in 2019. This update was first reported by MacRumours.

That means Apple is going to offer the silicone eartips to improve passive noise isolation in the standard AirPods. The current generation model has no eartip and that does very little to isolate ambient sound. The Pro variant has active noise cancellation to help its cause but the regular model may not get it due to cost-cutting.

The AirPods Pro-inspired design could also hint at a more powerful yet power-efficient chip. This could indicate at an improved battery life. The stem is also expected to be smaller on the third-gen model.

As for other upgrades, Apple may consider offering water resistance on the AirPods 3. The charging case could also gain support for wireless charging as standard with the new models. A longer battery life for the case is also going to be the case (pun intended).

All that remains to be seen is how Apple prices its new AirPods. The current models sell at a massive premium and despite the market flooding with much cheaper yet equally good wireless earbuds, Apple is willing to stick to its premium pricing strategy.

Kuo also says that Apple will stop shipping EarPods with the upcoming iPhone 12 series. The AirPods are currently one of Apple's best selling products and to give it a further boost, Apple will push new iPhone buyers to get the AirPods. To make the deal sweeter, Kuo says that Apple may have some sort of promotional campaign wherein buyers can get the AirPods at a lower price when purchased along with an iPhone.

Currently, you can get the second-generation Apple AirPods with the charging case at a price of Rs 14,000. The AirPods Pro with noise cancellation cost Rs 24,000.

Vu Cinema 32-inch and 43-inch smart TVs are now available on Flipkart: All you need to know