Apple AirPods Pro 2 may launch in first half of 2021

Apple launched the AirPods Pro in 2019 as its more premium wireless earbuds and those might be due for an upgrade this year. 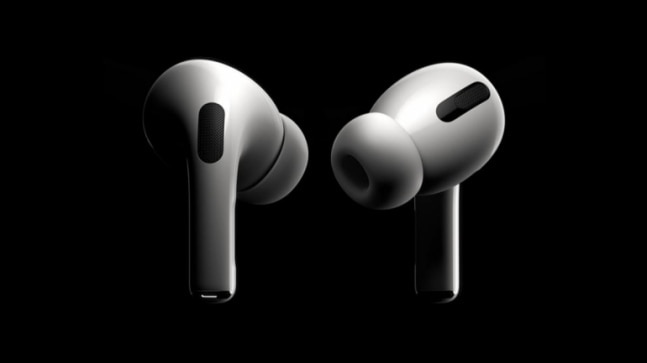 Last year was phenomenal for both the iPhone and the MacBook but this year, Apple may finally bring overdue AirPods Pro that will feature improvements. Dubbed the AirPods Pro 2, the premium-range wireless earbuds are now expected to arrive as early as the first half of 2021. This is in line with the timeline that Ming-Chi Kuo, a prolific Apple analyst, had predicted last year. Apple is also said to be working on the successor of the AirPods but it is not clear when the AirPods 3 would debut.

According to a DigiTimes report (via PhoneArena), the flash memory supplier to Apple, Winbond is running at full capacity to produce the same. Winbond is expected to supply Apple with chips that will power the second-generation AirPods Pro early this year. And some previous reports have shown the system in package (SiP) board for the AirPods Pro 2 that will have a compact design and may arrive in two sizes, one small and one large.

Bloomberg's Mark Gurman had previously tipped that Apple is looking at shaving off some thickness and bulk from the AirPods Pro to make them look more compact on their second-generation counterparts. This design will exclude the stem that sticks out from the bottom of the earbuds, currently there on the AirPods Pro in favour of a more rounded design that resembles that of the Google Pixel Buds and Samsung Galaxy Buds. Another report from MacOtakara suggested the wireless charging case will also look slightly different from what the current-generation AirPods Pro have.

For what it is worth, Apple might be looking at giving a comfortable design for the AirPods Pro 2 that will prevent them from falling off from users' ears while making sure active noise cancellation and the sound quality is not impacted by the outside noise. Apple is also expected to bring the new W2 chip that the company may be working in-house for the new AirPods Pro. Apple usually likes to keep things private until the launch, which is why there is no way to confirm if these reports are accurate or are based on the obvious hunch.

Separately, Apple has reported its biggest quarter ever with a record $100 billion revenue largely driven by the iPhones. The iPhone 12 smashed previous records in terms of profits and revenues, in addition to making Apple reach even a larger user base. Apple said that it now has over 1 billion active iPhones globally, while the total active devices stand at 1.65 billion. In India, the launch of the Apple online store last year catapulted sales to a new mark where the business was doubled. In the earnings call, Apple CEO Tim Cook said that the company is mulling to open retail stores in India very soon. The growth of Apple in India also encompasses the rise in manufacturing lines of the iPhone at its partner facilities set up in India. Apple is said to begin manufacturing the iPhone 12 soon in India.