The new OS also features a revamped Safari that brings new features and a customisable start page, freshly designed tabs among other things. 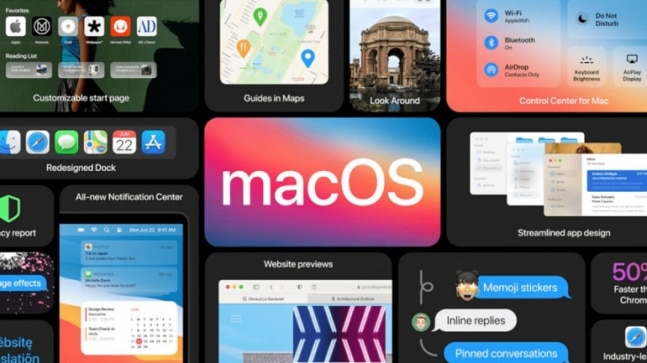 Apple has made a number of big announcements at its keynote for the World Wide Developers Conference 2020. From iOS 14 to a new watchOS, the company left us with a lot to talk about from the event. One of these big talking points was the unveiling of the next version of macOS, Big Sur. One of the biggest updates to the macOS in a long time, Big Sur is also Apple's move away from macOS X which has been a mainstay of Macs for years now.

Big Sur also gets the updated Messages app which allows users to "send and receive more personal and expressive messages". Its features also promises to make interacting within group messages easier. There are new features coming to Maps also, which now "offers an all-new experience with immersive features for exploring and navigating the world."

"macOS Big Sur is a major update that advances the legendary combination of the power of UNIX with the ease of use of the Mac, and delivers our biggest update to design in more than a decade," said Craig Federighi, Apple's senior vice president of Software Engineering. "With its modern and clean look, huge improvements to key apps including Safari, Messages, and Maps, and new privacy features, we think everyone is going to love the breakthrough experience that macOS Big Sur offers."

As we mentioned above, Big Sur, which has been renamed after a mountainious region in coastal California, brings a design that focuses on making navigation easier and bringing more controls at users' fingertips. Apple claims that with the update to the operating system, everything from the "curvature of window corners to the palette of colors and materials has been refined".

The redesign sees icons in the Dock become "more consistent with icons across the Apple ecosystem while retaining their Mac personality". The entire experience, Apple claims is now more focused, fresh, and familiar, reducing visual complexity and bringing users' content front and center.

The new version of macOS also adds new Privacy tools, with Big Sur offering users "even more transparency and control over their data." For this, Apple is also introducing food nutrition like labels with apps in the App Store which detail privacy practices of apps so that users can know what exactly they are signing up for before even downloading the apps. These labels will include data such as usage, contact information, or location, and whether the data collected by the app is shared with third parties for tracking.