Apple could bring Touch ID back under future iPhone display 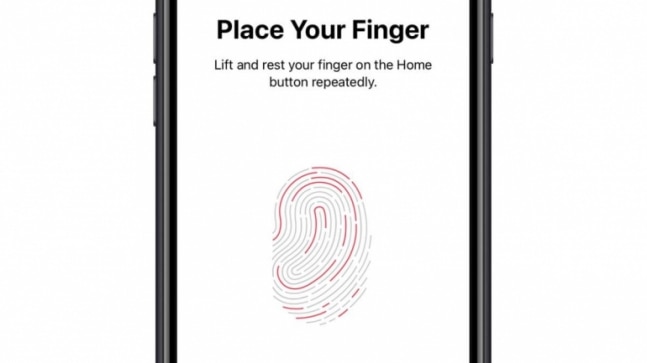 Apple made a bold move when it switched to Face ID from Touch ID on the iconic Home button on the iPhone. The Home button was killed on iPhone X and later models and so was Touch ID. However, the iPhone SE 2020 brought it back because it looks exactly like the iPhone 8. Anyway, Face ID is mainstream right now, but Apple might be thinking of bringing Touch ID back but not on a physical button. Apple is said to be working on an in-display Touch ID fingerprint sensor for future iPhone models. The display of future iPhone models could also embed antennas for better connectivity.

As reported by AppleInsider, Apple is mulling to reduce bezels on the iPhone, which would mean a larger display to use. Since the company wants to also provide secure authentication methods on the next-generation iPhone, it will go for Touch ID that will be integrated to the display. This would mean that the future iPhone models might not have Face ID because Touch ID will make up for the loss of the secure method.

Apple has been rumoured to be working on an in-display fingerprint sensor for its Touch ID technology. Several patents have revealed that Apple is working a securer method of authentication. These patents have indicated acoustic imaging, infrared, and other technologies. Even the renowned Apple analyst Ming-Chi Kuo has predicted that Apple could bring the in-display fingerprint sensor on Touch ID on future iPhone models.

Similarly, Apple is also seemingly working on embedding antennas into the display to make network reception better on the iPhone. A patent previously revealed that the RF antenna will be covered under several layers of the display. The antenna needs to be exposed to be able to receive signals, which is why Apple patented something called the "Display Integratable Hybrid Transparent Antenna."

Apple patent reads: "Today's wireless systems (smartwatches or other devices with a predominant display feature, for example) are striving to achieve an edge-to-edge display with a smaller bezel or bezel-less display solution. Especially for wearable devices, such as smartwatches, smart glasses, or smart health-related monitoring devices, the display is small and the number of wireless radios (e.g. Bluetooth, GPS, WiFi, 3G/4G/LTE, FM, and so forth) that need to be supported and the related antennas is increasing." Apple has not mentioned 5G in this patent filing, but it will likely be the case because the company will continue to bring 5G iPhone.

For what it is worth, Apple might finally bring Touch ID back. Not only because a new report has suggested so but also because Apple is asking iPhone users to participate in a survey where the company needs them to give feedback on certain things. One of the questions that Apple asks in this survey is whether the users like the Face ID on their new iPhone. In case the user replies with a no, Apple presents several reasons why that might be your answer. One of the answers is "I prefer Touch ID".

It is possible Apple could heed the demands of certain users while people who like Face ID might not like it. It is also possible Apple will offer both Face ID and Touch ID on its future iPhones.

YouTube to allow users to mute gambling and alcohol-related ads