Apple has been granted the patent that would let users click socially distant group selfies.

Apple is seemingly working on a new technology that may prove to be useful in the post-covid-19 era. The Cupertino-based company has been granted a patent for software that will let users click group selfies without needing people to be physically together, promoting the idea of social distancing. Apple could be looking at a FaceTime-like software that arranges selfies of different people and puts them in a single photo. There could also be some sort of simulation in the software for thematic effect on the photos.

But even though the idea of socially distant group selfies seems like pragmatic in these times, Apple filed the patent in 2018 but was granted it a few days back, as per a report by Protocol. The patent, first spotted by Patently Apple, shows a camera screen with an option to add participants, the selfies of which will be added to one single photo. The organiser of the group selfie session will likely be at the front in the photo while the other participants will be superimposed. These selfies could come from the camera, photo gallery, stored videos, or live streaming of images.

The setting of a group selfie will be available for customisation. This means that the original selfie of the organiser and participants can be saved, in addition to the group version. The organiser and the participants can use their own selfie in different settings or position in the group. While the software's mechanism will seemingly work the way the patent describes, it has not been made clear what Apple devices (iPhone, iPad, and Mac) will support the facility.

Here is what the group selfie will look like: 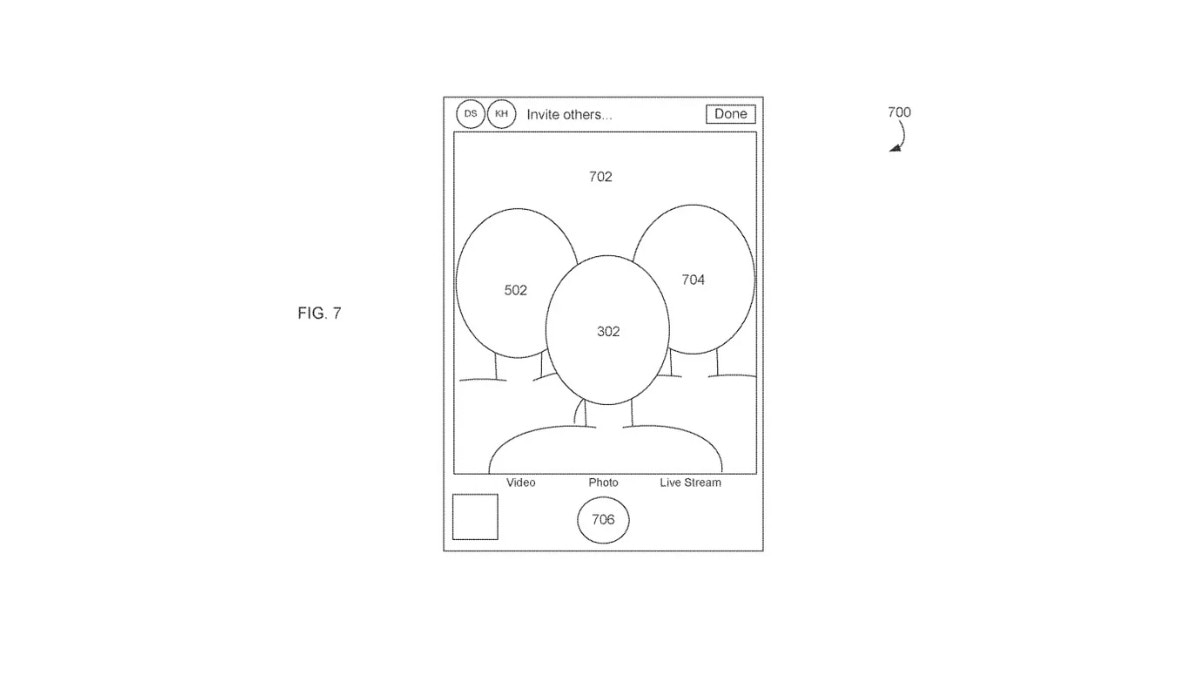 Apple's patent may turn out to be practical for iPhone users who do not need to be physically together to click a group selfie during when social distancing has become the new normal. The company may not have foreseen its application back when it filed the patent, but it will eventually become standard for users. But again, a patent does not mean the technology will come into being. Apple may or may not implement the technology on its devices.