Much before Apple was preparing to launch the HomePod mini in the market, reports had stated that the original HomePod will be discontinued as soon as its mini variant arrives. 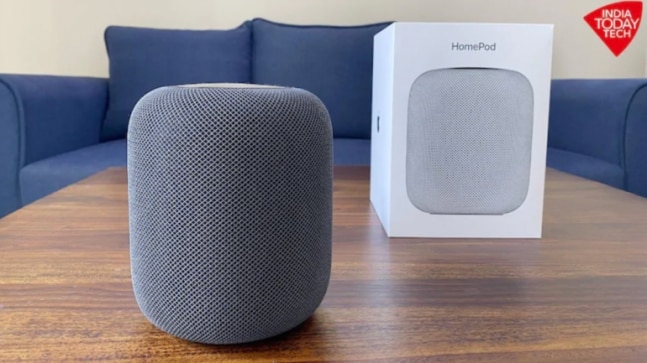 Much before Apple was preparing to launch the HomePod mini in the market, reports had stated that the original HomePod will be discontinued as soon as its mini variant arrives. However, things didn't happen as quickly back then but now Apple has officially discontinued the HomePod. The Cupertino-giant will continue selling the smaller counterpart of the smart speaker, HomePod mini.

As per TechCrunch, Apple only wants to focus on the HomePod mini and stop producing the HomePod which was launched four years ago. The HomePod will be available for purchase on online stores, Apple retailers and Apple resellers till supply runs out.

Talking about discontinuing the device, Apple told TechCrunch, "HomePod mini has been a hit since its debut last fall, offering customers amazing sound, an intelligent assistant, and smart home control all for just $99. We are focusing our efforts on the HomePod mini. We are discontinuing the original HomePod, it will continue to be available while supplies last through the Apple Online Store, Apple Retail Stores, and Apple Authorized Resellers. Apple will provide HomePod customers with software updates and service and support through Apple Care."

Apple told TechCrunch that it will continue to provide support for the HomePods but its sole focus will be on the HomePod mini, which was launched in 2020 along with the iPhone 12 series. In India, the HomePod was available at a price of Rs 19,990. The HomePod is slightly bigger, broader as compared to the Google and Alexa smart speakers. Because of its size and form factor, it is also not portable. The HomePod houses a woofer with a custom amplifier. It has an array of seven tweeters and each one of them have their custom amplifiers. The speaker also has a microphone for automatic bass correction, six-microphone to hear what the users say. It is powered by the Apple A8 processor which performs real-time audio calculations to enhance sound.

We at India Today Tech got a chance to review Apple's best-sounding speaker to date and here is what we felt back then: If you are looking to get a speaker, primarily for music playback, the HomePod is a great option. It is a product specially built to play songs, and that shows. It also looks great, something that you expect from an Apple product, and its build quality is absolutely top-notch. Its forte is to play music from Apple Music, or through a third-party app on the iPhone. And that it does in style and with an authority that is unmatched.