Apple HomePod mini has a secret sensor inside it, could be used to monitor temperature

The HomePod mini smart speaker is reportedly equipped with a sensor to measure its surroundings' temperature and humidity. 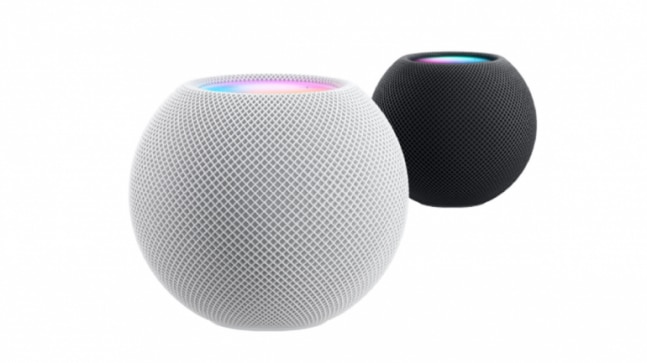 Apple launched its HomePod mini smart speaker late last year to further complement its Apple ecosystem. The device boasted of many features at the time of its launch, yet there is one capability that might have been hidden from the world until now.

A new report by Bloomberg reveals that the HomePod mini carries a sensor to measure the temperature and humidity of its surroundings. The revelation is all the more surprising because Apple has not disclosed any information regarding this component.

The report mentions that although the component is present, its software support is not available at the time, making it useless for now. Its presence, however, does confirm a potential feature that might enable the first in class feature for Apple's smart speaker.

The feature will understandably further help control smart home features too. As and when the sensor is activated and connected to the Internet, it can be used to alter a room's temperature and humidity levels by controlling the thermostat and air conditioning.

Citing people familiar with the situation, the report mentions that the company has internally discussed the possibilities for now. Further applications can include automatic adjustment of a room's temperature in accordance with the arrival/ departure of the user from his/ her home.

Another big plus of Apple's feature would be its HomeKit software system that controls thermostats, lights, plugs, and other home devices. Since the HomeKit is currently compatible with about 40 thermostats, integrating with the HomePod mini would provide complete control to users over such smart features around their homes.

The hidden component on the HomePod mini was discovered by iFixit during a teardown of the device. The sensor was found to be 1.5 by 1.5 millimetres big and located at the bottom edge of the HomePod mini, near its power cable.

Made by Texas Instruments, the sensor is called the HDC2010 Humidity and Temperature Digital Sensor as identified by TechInsights, a firm that analyses electronic components in devices.

The temperature and humidity sensor on the HomePod mini has been placed away from its main internal components. It was thus designed to measure the external environment and not the speaker itself.

Apple, hence, is likely to activate the sensor for a whole new feature at a later point. As and when it does, it will surely act as a huge add on for Apple's plans for its smart home offerings.