Apple launched the iPad 10 years ago in 2010 and since then has improved and polished the tablet experience year after year. 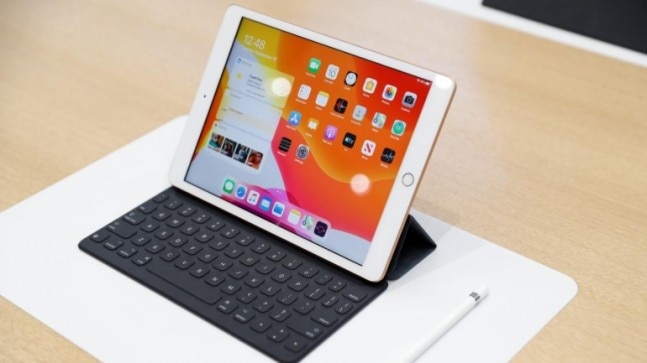 Ten years ago, on January 28, the Apple aficionados got a new device: the iPad. As Steve Jobs had said, he wanted a new device between a phone and a laptop and so he had it. Jobs unveiled the Apple iPad at the Yerba Buena Center for the Arts in San Francisco on January 27, 2010. This was a tablet, designed and conceived to bridge the gap between a phone and a laptop.

Jobs pushed the envelope when he uncovered what he referred to as the "magical and revolutionary device" for browsing the web, sending emails, watching videos and more. Basically all the features that a phone possessed and a laptop supported were present in the single device which was called the iPad.

"iPad is our most advanced technology in a magical and revolutionary device at an unbelievable price. iPad creates and defines an entirely new category of devices that will connect users with their apps and content in a much more intimate, intuitive and fun way than ever before," Jobs had said at the launch event back then.

The first-ever iPad featured a single-core Apple A4 processor and a 9.7-inch touchscreen display. It had 64GB of storage, 256MB of RAM and the battery life was around 10 hours. The device supported Bluetooth 2.1, a 30 pin dock connector and a headphone jack. It was priced at $499 and more for variants with more storage capacity. The seemingly affordable device was received a mixed response from the media but was selected by the Time magazine as one of the 50 Best Inventions of the Year 2010.

In terms of reception, 30,000 iPads were sold on the day it was made available on stores and the number went up to 3 million in just a matter of a few months.

Over the years, the iPad has evolved, at times in a dazzling way, occasionally at a slow lumbering pace. With every new iPad that Apple launched over the years, the overall user experience got better and smoother. It witnessed a sea change in processors, the screen sizes went through major alterations and better cameras were added to the devices.

Apple launched iPads with different screen sizes such as the 7.9 inch, 9.7 inches, 10.2 inch, 10.5 inches, 11 inches and the massive 12.9-inch display. The iPad is currently in its seventh generation and reports reveal that Apple is likely to launch the iPad Pro lineup in March that would in all likelihood house a triple-lens rear camera with 3D support.

In order to compete with Apple's most selling device, tech giants Microsoft and Samsung came up with a series of heavily equipped tablets such as the Surface tablets by Microsoft and the Galaxy Note series of tablets by Samsung. However, more than Samsung's tablets, its phone with larger screen size was successful hence proving that the iPad till date has no competitor. Over the years Apple too tried to look more like the Surface series as every bigger iPad devices now come with a dedicated keyboard and stylus.

Although the Apple iPad was introduced as the third category device, it is now shaping up more like laptops. Though only time will tell if the iPad can truly replace the laptops or not.