Reports suggest the company will be using an in-display Touch ID fingerprint sensor on the iPad 6 mini. 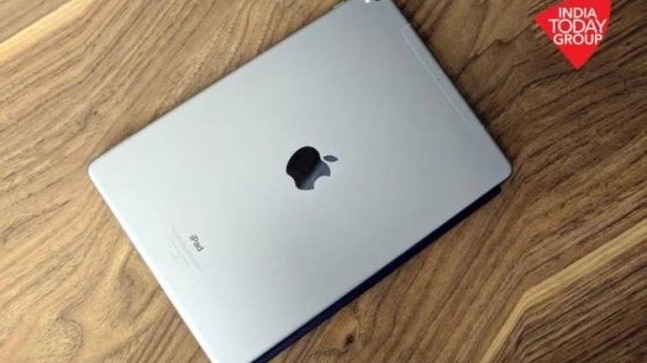 Apple has been rumoured to be working on a new iPad mini 6 and now there's more information about the device available online. The latest reports about the iPad mini 6 suggest that the device could come with a refreshed design and interesting features.

As per a new report, the company will be using an in-display Touch ID fingerprint sensor on the iPad 6 mini. The leak also shows a render that reveals a cutout in the region where the iPad 6 mini could house the Touch ID. However, this could likely be for illustration purposes.

Another feature that is shown in the renders is a punch-hole cutout for housing the front-facing camera. The renders also show very slim bezels which we believe could be because of the punch-hole camera. Interestingly, this is not the first time we are hearing about an iPad 6 mini.

In the past, we've had trusted Apple analyst, Ming-Chi Kuo, share information about the iPad Mini 6. He had previously claimed that the device could come with a 9.1-inch display. This will be bigger compared to what the previous models in the iPad Mini series have featured.

Apart from this, what we know from previous rumours suggest the iPad mini could come with the same A14 Bionic chipset that's found in the new iPhone 12 series. Reports suggest the A14 Bionic would be paired with 4GB of RAM. Additionally, the iPad 6 mini is said to feature two batteries and a USB Type-C port.

The iPad mini 6 could come with support for Apple pencil 2. As far as the cameras are concerned, it could feature the same camera as the iPad Air 4. Apple analyst Ming-Chi Kuo speculated that the iPad could be launched sometime in 2021. As per previous leaks, Apple is planning to replace the iPad mini with a foldable device. While we don't have much information available on this right now, we should learn more in the weeks to come.