Apple has launched its most compact flagship iPhone in years at the Hi, Speed event. Here's everything you need to know about the iPhone 12 mini. 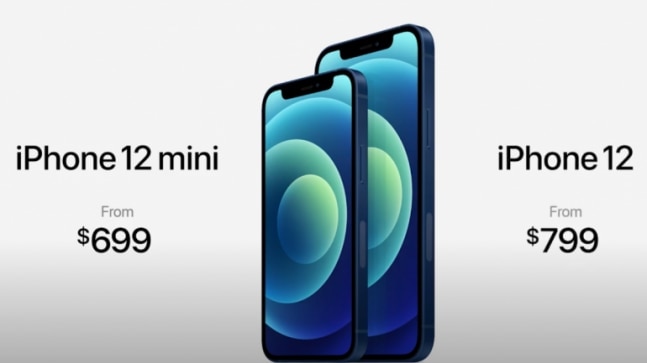 Apple's iPhone mini is finally here. After weeks of leaks and rumours, the company's most affordable iPhone 12 series phone for the year was announced at Apple the Apple Park in Cupertino, California.

The iPhone is arguably the most interesting of the four phones launched by Apple at the Hi, Speed event today. In terms of design and appearance, the iPhone 12 mini is the most compact flagship iPhone we have seen in years. But despite its size, it packs in a lot of punch as it essentially offers all the same features as the more expansive and expensive iPhones launched alongside it.

Here's everything you need to know about the iPhone 12 mini.

Display: The iPhone 12 mini comes with a compact 5.4-inch display. The panel here is OLED in nature.

Chipset: Under the hood, the iPhone 12 mini comes running Apple's latest A14 Bionic SoC which has been fabricated using a 5nm manufacturing process.

The phone is as powerful as any of the iPhone 12 series phones launched this year as it comes powered by Apple's latest A14 Bionic chipset. This is the fastest and most energy-efficient SoC launched by the company to date, which has been fabricated using the company's advanced 5nm manufacturing process. The phone also offers impressive battery life and pairs it with powerful cameras which despite missing out on the LiDAR sensor still offers more than enough for photography enthusiasts.

The iPhone 12 mini has been launched in the United States at a starting price of $699. As the most compact iPhone of the line-up, it also flaunts the most aggressive price tag of the four phones launched today.

ALSO READ | iPhone 12 launch event: India time, where to watch, how to watch and what to expect