As per reports, the two iPhone manufacturers Foxconn and Wistron have temporarily stopped their production work in Chennai till April 14. 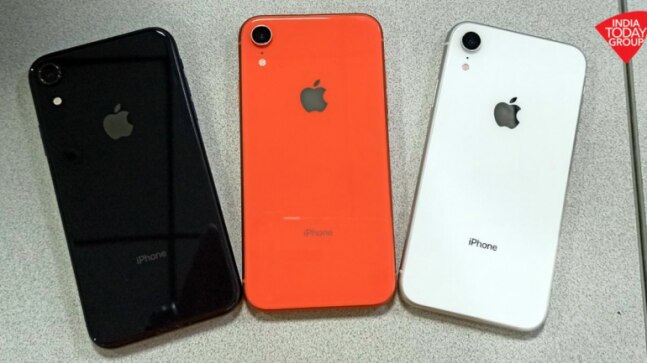 Apple iPhone production in India has been suspended till April 14 after a nationwide lockdown was imposed by the government. As per reports, the two iPhone manufacturers Foxconn and Wistron have shut their production units in compliance with the government's order.

As per a report published in Bloomberg, Foxconn and Wistron have temporarily stopped their production work in Chennai. Foxconn will reportedly halt its productions till April 14 and the same goes for Wistron. Since October 2019, Foxconn has been producing iPhone XR in India after a few weeks of trial runs. There were reports of Apple eyeing to manufacture the iPhone 11 in Chennai too but there was no confirmation about the same. Interestingly, iPhone XR is the best-selling iPhone currently in the market.

Not just Apple, the lockdown has impacted the production of other smartphone brands including Oppo, Vivo, and Realme. The closure of Foxconn might impact Xiaomi's production as well.

Now coming to the iPhone XR, it was touted as one of the best selling smartphones in the third quarter in 2019 capturing a total of three percent market share. It surpassed the saled of the much affordable Samsung Galaxy A series as well as the Xiaomi phones, as per counterpoint research.

iPhone XR is currently one of the most affordable iPhones in the market. The phone features a 6.1inch liquid retina display with IPS technology with a resolution of 1792x828-pixels at 326 PPI. The XR is powered by an A12 Bionic chip. In terms of the camera, the iPhone XR has a 12-megapixel rear camera and a 7-megapixel selfie camera. The phone runs on iOS 13 and houses a 2942 mAh battery which lasts up to 1.5 hours longer than iPhone 8 Plus.

When India Today Tech reviewed the phone, here is what we said:
A higher-resolution display would have been better indeed, but the LCD panel on the iPhone XR is great and your eyes won't miss a thing. The XR also captures brilliant photographs thanks to some impressive software backing, and the lack of a telephoto lens is again not really missed. As for everything else, the XR is identical to the more expensive iPhones and that's really what one needs to hear. The icing on the cake is that you also the best battery life on an iPhone. All at a price significantly cheaper than the iPhone XS, making this the default iPhone for most consumers. If there is an iPhone that will help Apple regain some of its lost market share in India, it is the XR. Don't get me wrong, the XR is an expensive iPhone, but I think we're past the point where we should expect iPhones that cost Rs 50,000. The base and middle variants are likely going to the most takers, and rest assured you are not going to be disappointed.

Party in the time of corona: 5 apps that will help you socialise online