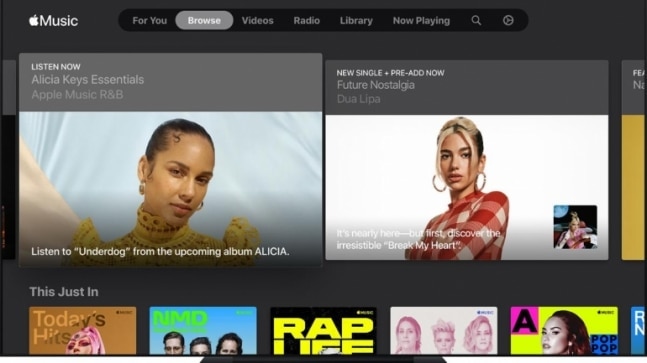 Apple has launched a new TV channel, the Apple Music TV. Currently, it is a free 24-hour channel with livestream of popular music videos that will also include "exclusive new music videos and premiers, specially curated music video blocks, and live shows and events as well as chart countdowns and guests."

The Apple Music TV will allow the company to compete against YouTube in the music video space where the company had no presence in till now. Apple has confirmed that the new channel will host video premieres every Friday tarting with Joji's "777" and Saint John's "Gorgeous" on the 23rd. The TV channel will also have a original content Apple Music has hosted over the years.

However, the company hasn't announced any music documentaries on Apple Music Tv for now, as this is a format that the company has invested in heavily in the past. But still, we expect the platform to have enough content as Apple has plenty of original content since its official launch in 2015, including concert films, interviews and more.

With the channel, Apple will finally be able to move into the music video space, which has long been dominated by its biggest rival, Google's YouTube. This will not only be good news for Apple but also the general audience at it will give them more options to choose from