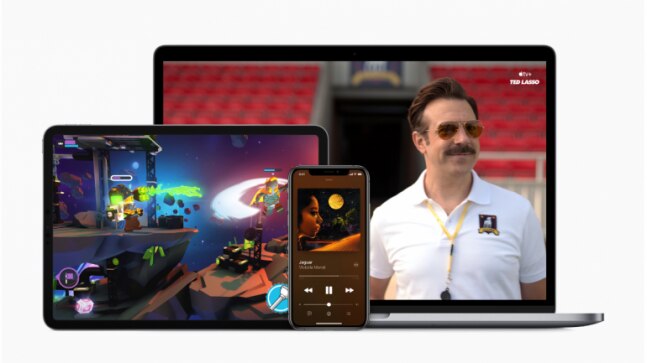 Spotify is sour about Apple's new subscription bundle that was launched at Apple Time Flies event on Tuesday. Spotify, the Swedish music company, which has previously been vocal about Apple's policies and its position in the market said, "Once again, Apple is using its dominant position and unfair practices to disadvantage competitors and deprive consumers by favouring its own services. We call on competition authorities to act urgently to restrict Apple's anti-competitive behaviour, which if left unchecked, will cause irreparable harm to the developer community and threaten our collective freedoms to listen, learn, create, and connect."

The Apple One services are combined in one simple plan, including Apple Music, Apple TV+, Apple Arcade, Apple News+, Apple Fitness+, and iCloud. "With Apple One, you can access the best of Apple entertainment across all your favourite devices with one simple subscription," Eddy Cue, Apple's senior vice president of Internet Software and Services said.

Apple One Plans include the following plans:


Apple One Family Plan: This plan includes Apple Music, Apple TV+, Apple Arcade, and 200GB of iCloud storage for $19.95 (roughly around Rs 1500) per month, and can be shared among up to six family members.


Apple One Premier Plan: This plan includes Apple Music, Apple TV+, Apple Arcade, Apple News+, Apple Fitness+, and 2TB of iCloud storage for $29.95 (roughly Rs 2200) per month, and can be shared among up to six family members.

Apple also announced a 30-day free trial for any of the Apple One services that customers do not already have.

According to Apple, the Apple One Individual and Family plans will be available in over 100 countries and regions this fall. The Premier plan will be available in Australia, Canada, the UK, and the US, where Apple News+ is available, and Apple Fitness+ will join later this year.