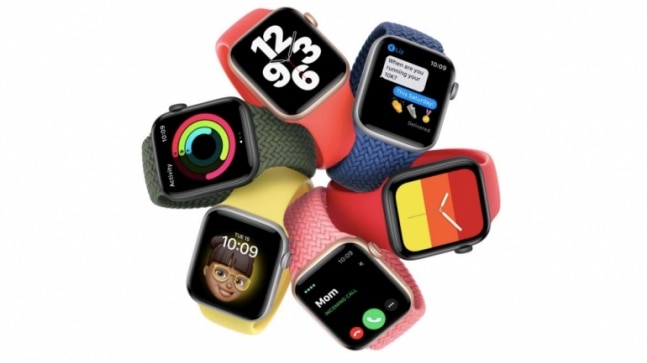 If you came here in anticipation to read about the iPhone 12, you might have to wait for at least October to arrive. Now that you have made peace with the fact that Apple's September event this year is not about the iPhone, let me take you to the showstopper of the "Time flies" event. Today, Apple is launching Apple Watch SE, an affordable model of the world's most selling smartwatch that has the potential to sell even more.

Here is the full price list for the Apple Watch SE:

The price of the base model is a little higher than what the Apple Watch Series 3, the company's most-selling smartwatch, was launched at. It means Apple is targeting those customers with a toned-down version of Apple Watch Series 6, which lacks some advanced features to account for the low price. Apple Watch SE comes to replace the Watch Series 3 and it is likely to be popular in markets such as India. The Apple Watch SE has the same accelerometer, gyroscope, and always-on altimeter as Apple Watch Series 6 but lacks some advanced features such as the newly introduced blood-oxygen-level monitor and the ECG that debuted on the Series 5. Despite not having those features, the Apple Watch SE supports fall detection and emergency SOS calling in supported regions. The Watch SE will run watchOS 7 out of the box.

Powering the Watch SE is the S5 processor that was used inside the Series 5 smartwatches, which means you can expect a fast and smooth experience on this affordable smartwatch, which is said to be two times faster than that of the Watch Series 3. The smartwatch has a speaker, a microphone, and support for Siri with Walkie Talkie over Bluetooth 5.0 connection. There is also an inbuilt GPS on the smartwatch, which means it can support running and other workouts without having an iPhone connected consistently.

The fitness features on the Apple Watch SE are similar to those on the Series 5, except, of course, the advanced ones. There is an always-on altimeter that detects small changes in elevation during trekking and other similar workouts. The Apple Watch SE also comes with low-range VO2 Max, sleep tracking, automatic handwashing detection.

It is important for Apple to go deeper into the wearable ecosystem, the one that it already rules. But the emergence of a horde of smartwatches that undercut the Apple Watch was something that Apple needed to tackle head-on. Its Apple Watch SE is going to be a mass product and brings the most useful features for its price.