Apple has launched its latest lineup of iPad Pro with several first-time features. The lineup now boasts of Apple's own M1 chipset as well as a new 2TB storage option. 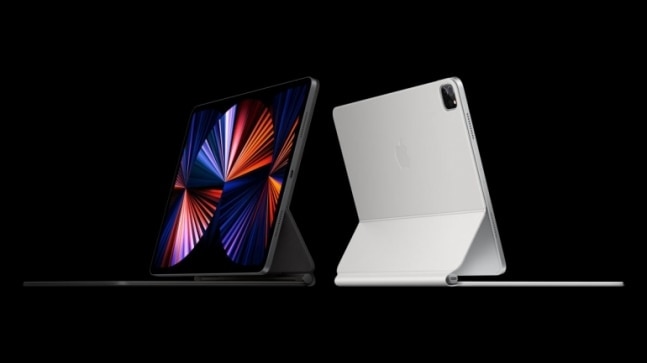 Apple has unveiled its latest lineup of iPad Pro to the world in its Spring loaded event. The new generation of iPad Pro came as the highlight of the event, promising a new level of performance and features to the users like never before.

For instance, the new iPad Pro is powered by Apple's own M1 chipset for the first time ever. With this, Apple claims a performance improvement of 50 per cent over the earlier versions as well as industry-leading power efficiency. Another first for the series is the addition of the Liquid Retina XDR display on the 12.9-inch iPad Pro model.

Other than the major upgrades, there are pretty nifty new additions to the iPad Pro lineup too. The new iPad Pro, for example, now supports controllers from gaming consoles like Sony PlayStation and Microsoft Xbox. A new 2TB storage option is also up for grabs for the first time ever.

The new iPad Pro lineup features Apple's own Liquid Retina display that sports 4 million pixels on the 11-inch model and 5.6 million pixels on the 12.9-inch iPad Pro. With this year's series, Apple is also bringing the Liquid Retina XDR display to the new 12.9-inch iPad Pro for the first time ever. The display promises up to 1000 nits of full-screen brightness and 1600 of peak brightness.

The new iPad Pro offerings are powered by an 8-core Apple M1 chipset that uses an 8-core advance neural processor. The series will offer up to 16GB of memory options as well as up to 2TB of storage options to users. The storage on the 2021 iPad Pro is said to be 2x faster than the previous generation devices.

Apple has also introduced Thunderbolt connectivity with USB type 4.0 on the iPad Pro. It now calls it the fastest, most versatile port ever on an iPad. In addition to this, the company brought 5G connectivity to the new version of the iPad.

As for the camera, the new iPad Pro comes with a dual-lens camera setup at the back that uses a Lidar sensor as well as a wide-angle 12-megapixel sensor with a 120-degree field of view. This is further enhanced by a machine learning feature called Centrestage that automatically pans to fit you or any other presenter into the view.

The new iPad Pro also comes with a TrueDepth camera at the front that supports facial recognition for fast unlock.

Other than the iPad Pro, Apple will bring several new features to the users through the iPadOS 14.5. Available starting next week the new iPadOS will feature expanded language support for Apple Pencil features like Scribble and Smart Selection, new emoji, support for the latest gaming controllers, and the ability to share lyrics and see top songs with Apple Music.

Apple says that the new iPad Pro series will be up for pre-bookings starting April 30 and will be available in Apple Stores in the latter half of May.