Apple has filed a patent that describes a new battery indicator system for iPhones. The system will send out customised alerts to iPhone users, warning them of their device's battery levels based on their usage, charging times and more. 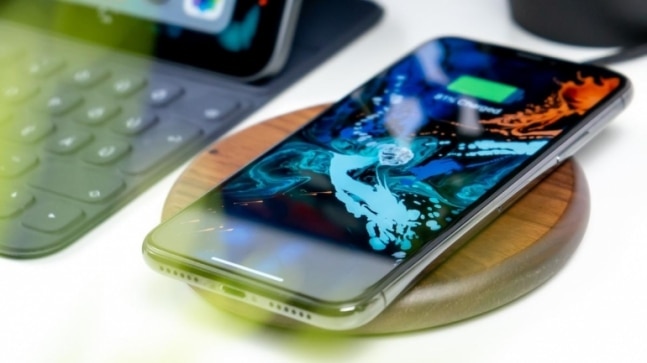 Apple has since long-sought improvements to the battery backup of its iPhones and other gadgets. The newer models of iPhones are prime examples of this, with their enhanced batteries and optimised chipsets. It now seems that the next area of innovation for Apple will not be the battery itself, but the way iPhone users are notified of their battery use.

The Cupertino tech major recently filed for a patent with the US Patent & Trademark Office. The patent talks of a new system that can predict how long the iPhone's battery will last. In addition, it defines a novel way in which the user will be notified of it.

As described in a report by Apple Insider, the patent is a "smart advice to charge notification." The system described within observes the recent usage of the device and accordingly predicted how long its battery backup would last.

It is a bit different from the prevalent method of flashing the "low battery" indicator on your phone. In essence, the patent talks of a system that makes the indications more personal to the user. This will be in line with the recent tasks performed on the device as well as the usual charging pattern of the user.

This means that the indication for a low battery will not be strictly limited to the condition that the battery backup is 20 per cent or less. It will depend on several other factors, like the use that the device is currently being put to.

More importantly, it will take into account the usual timings at which the device is charged. In case a user misses a charge cycle at any of these times, the system will likely send a warning for the limited battery backup left.

Take, for instance, a scenario wherein an iPhone is charged only during the night. If the user forgets to charge the device on a particular night, he or she is likely to face a limited battery in the morning to get through the day. The new patented system will take all this into consideration and warn the user beforehand.

For this, the system will take several factors into consideration. This will include the next possible time for charging, based on the regular user behaviour. It might also consider the location of the device to understand if or when the next charging will be possible.

Other than the on-time indications, the system will also base its actions on daily user activities. This will enable it to give out customised battery indications based on the day of the week and the corresponding schedule of the user. Usually, spend your Friday on the road? It will let you know in the morning to charge your iPhone to the maximum.

Apple, however, assures that all this data would be processed locally on the device, thus addressing the privacy concerns of the users. The company will likely roll out the feature in future iterations of the iOS.