This is how the times change. As macOS, which powers Apple MacBook computers, turns 20 today it is easy to see that finally, it is a better operating system than its arch-rival Microsoft Windows. 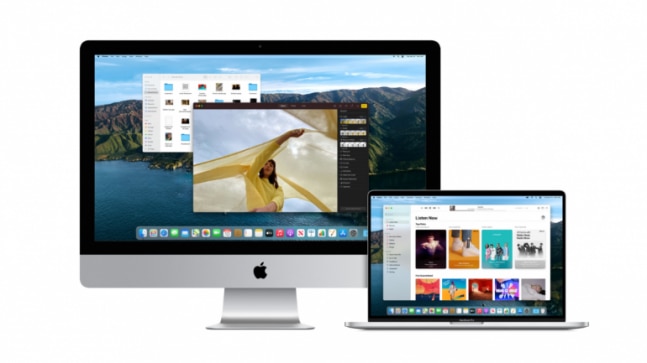 Today is March 24. In other words, the day that marks 20 years of existence for the macOS, earlier called OS X, which powers Apple MacBooks and Mac computers. Now, a few years ago this wouldn't have been a big deal. I mean this moment. While millions of Apple fans and users have loved the macOS, its UI and looks, its polish and slick design, the world has been mostly Windows territory. Since Microsoft took over the world of computers, first with MS-DOS and then with Windows, macOS has been on peripheries. But this has changed in the last several years. That gives this moment significance.

Let me explain. But first some history.

The OS X was formally announced in January 2001, and it started reaching consumers in late March that year. The big deal was that this was an overhaul of the Mac software. Here is how Apple described it at that time, "Mac OS X is a completely new implementation of the Macintosh operating system, featuring state of the art technology throughout, including an entirely new user interface called Aqua."

In particular, Aqua was a big deal. The hopes that Apple had from the new OS were high. It was a new beginning.

Like so many other beginnings, the implications of it didn't manifest immediately. In fact, they did not manifest for a long long time. Initially, the OS X was slow and, in some ways, cumbersome. Apple fixed that in subsequent years but in those years Microsoft Windows was way too popular and pervasive, so much so that many Mac users actually ran Windows on it.

It is after 2010 that things started to change, and that happened because of two reasons: One, Apple had finally figured out the OS X and turned it into a cohesive OS which helped the users instead of fighting them. And two, Microsoft messed up Windows starting with Vista, but more significantly with Windows 8, a debacle from which it is still trying to recover.

Fast forward some 10 odd years and it is clear to see that the OS X, now called macOS, is a better operating system for most users. The sleep-and-wake system it pioneered is best, giving MacBooks an edge over their Windows laptop competitors. The UI is more cohesive, the fact that it is bundled free and updated free with Mac computers is a boon to users. Microsoft with Windows 10 has tried to follow by offering a free variant, but that, unfortunately, is riddled with crippled features and a pervasive telemetry that frankly I don't feel comfortable about.

Then there is the way macOS feels wholesome, at least to regular non-techy users. Unlike the Windows, where most users have to tinker with this piece of software or that, the macOS is complete in itself. It comes with a set of fairly capable apps -- Pages, Keynotes, Numbers, Photos, iMovie -- that are more than enough for most users.

Just like the iOS on the iPhone, the macOS too has its quirkiness. Some of the ways in which I have to manage Mac are more circuitous compared to how the same thing can be done on a Windows laptop. Yet, its pros in 2021 far outweigh its cons, whereas for Windows it has gone the other way. With Windows, its cons now outweigh its pros.

Of course, Windows continue to be the dominant OS in the world of computers. It is too deeply entrenched and the affordable laptops in the market mean that it will always find a huge number of buyers. But once upon a time, Windows used to win on merits and not because it is in more affordable machines or if it has more developers making apps for it. That has now changed. On merits, the macOS is now a better OS. It is faster, more secure, has better UI, works better, and offers a more seamless experience out of the box.