Latest reports claim that Apple is looking at a radical new design for the iPhone 12 for which it is designing a new 5G Antenna setup. 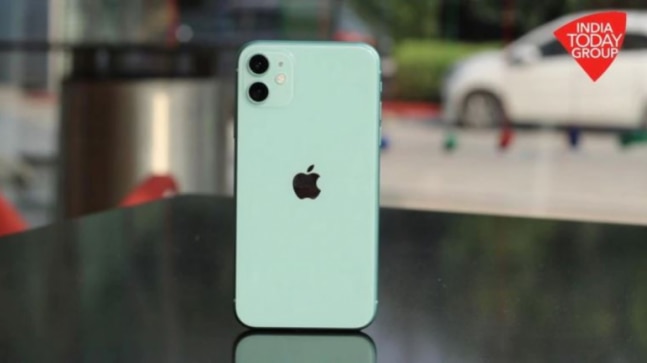 Apple is expected to launch multiple iPhones this year, with at least one of them being a 5G enabled device. The smartphone is expected to make its way to the market later this year, but ahead of its launch there have been a number of leaks and rumours which claim to reveal important details about the upcoming Apple phone.

The latest claims that Apple is looking at a radical new design for the iPhone 12 for which it is designing a new 5G Antenna setup. This one will be used instead of Qualcomm's 5G antenna.

But even as Apple is working on its new smartphone, it is working on another design, one of which will possibly also use Qualcomm's QTM 525 modem. But for now, reports suggest the company doesn't want to go with the latter as it believes the antenna would make the design thicker than what Apple wants.

The reports suggest that Apple's 5G iPhone would use a phased array antenna that uses two parts to form a signal beam. This beam would be able to be steered electronically. But creating a design such as this would be quite challenging as 5G antenna for mmWave are more difficult to design due to the higher frequencies, there are tighter tolerances for manufacturing.

Apart from this, there is very little that we know about the upcoming iPhone 12. However, this 5G totting phone has been tipped to in the past to be available in four different sizes, with the smallest one sporting a 5.4-inch display, while two phones will get 6.1-inch displays one OLED and one LCD -- whereas the top of the line iPhone for the year will get a 6.7-inch OLED panel.

There's word that the 6.7-inch iPhone 12's display will have a 120Hz refresh rate. This will be significant upgrade on the iPhone 11 which has a 60Hz display on it.

Apart from this, the other big expectation from the new iPhones is that they may sport depth sensing ToF cameras. While not all models are expected to get it, at least two from the series are speculated to come bearing this lens.

ALSO READ: | Reliance Jio, Airtel and Vodafone's yearly prepaid plans will help you save money: Here's how
ALSO READ: | 5G rollout in India may face potential delay due to Coronavirus
ALSO READ: | Xiaomi Mi 10 may launch in India but it could be more expensive than OnePlus 8
TweetYoutube
Tags: Apple