Called the Universal Purchase, the app bundles will require the user to pay for all app versions at once. 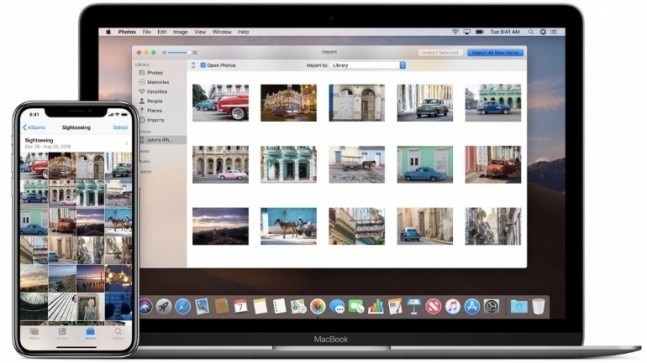 Apple has announced that it will now allow developers to bundle their iOS, iPadOS,, iPadOS, macOS, tvOS, and macOS, tvOS, watchOS apps in a single package. A single bundle will bear a cumulative charge for all the app counterparts and can be purchased for all devices at once. The Universal Purchase for macOS is now available with a single ID for all the apps in Xcode, Apple said in a post on its website for developers. Apple had announced last year that it would allow developers to bundle their apps for iOS, macOS, and other ecosystems.

The iOS apps are compact in size and have a different set of functionalities from the macOS, tvOS, and watchOS apps. Due to the variation in the structure of the app, the developers have to put different prices for their apps on different platforms. The developers will need to set up a new record to use Universal Purchase for all platform versions. They can add new platform versions to existing app record. For bundles, however, a new ID needs to be created and uploaded to the App Store Connect. After a bundle ID is saved to the servers, it cannot be changed or deleted for apps, Apple said in the note.

If a developer has multiple apps across different platforms with different app IDs, they cannot merge the apps. For Universal Purchase, the developers will need to delete all but one app version and then add the remaining versions to that under a single bundle ID. Once an app is removed from sale, its original product page on the App Store becomes unavailable and you are no longer able to provide updates to existing users, noted Apple in its website for developers.

While it is not much difficult on the part of developers, as well as Apple, the consumers have to pay for each app on each platform. Now, the bundled apps will not require the users to pay separately for individual apps on iPhone, iPad, Mac, Apple Watch, and Apple TV. The apps that will be crammed into the bundle will support in-app purchases as well. A single order will prevail across all apps for in-app transactions, eliminating the need for making separate purchases in an app and its counterparts on different devices. For now, there are no bundles available but that may change soon.

These plans by Jio, Vodafone and Airtel offer 2GB data per day under Rs 1000

Covid19 lockdown: Online delivery of food items is essential service but don't rely on it for your dinner