The third-generation iPad Air models have been impacted by a 'Blank Screen' issue and Apple is fixing it for free. 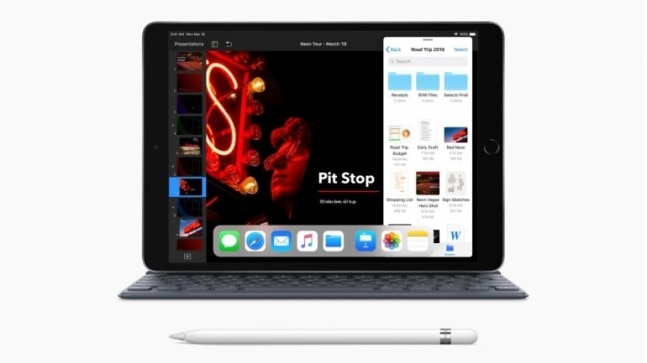 Apple is now taking select 2019 models of iPad Air that are confirmed to have been impacted by the Blank Screen' problem. Apple has said that it is extending its recall and replacement programme for all the affected iPad Air (2019) models across the globe. If a user is facing the Blank Screen' issue on their iPad Air (2019) model, he/she can visit Apple Authorised Service Provider for free servicing or replacement in the regions where Apple has an offline presence. Apple is also providing appointments at Apple Retail Store and mail-in service via the Apple Repair Center.

In its support page, Apple has detailed that issue that is impacting some iPad Air (2019) models. A brief flicker or flash may appear before the screen goes blank, Apple has noted. This problem is permanent on some models. The affected devices are claimed to have been manufactured between March 2019 and October 2019. Apple has explicitly mentioned that only the third-generation iPad models and no other iPad models are covered under this programme. This programme will cover an affected iPad Air (2019) model for two years after its first retail sale.

Apple has also said that it may restrict or limit the repair programme depending on the original country or the region of purchase. Although, the programme will serve the affected iPad Air (2019) models, most severe cases will entitle the customer for a replacement. Additionally, if an iPad Air (2019) unit has any physical damage that is affecting the repair, for instance, a cracked display, Apple will fix that first, which can incur some cost over and above the free service or replacement.

The third-generation iPad Air was launched back in March last year. The tablet has a 10.5-inch LED Retina display and is powered by the A12 Bionic chip. It can be upgraded to iPadOS 13.1.2 and has two storage models 3GB/64GB and 3GB/256GB. The iPad Air (2019) has an 8-megapixel rear camera and a 7-megapixel front-facing camera. It has stereo speakers, a front-mounted fingerprint sensor on the Home button, and a non-removable 8134mAh battery. The third-generation iPad Air comes in Space Grey, Silver, and Gold colours.