Apple is said to have been working on a foldable iPhone for a long time, which it may now be receiving for testing. 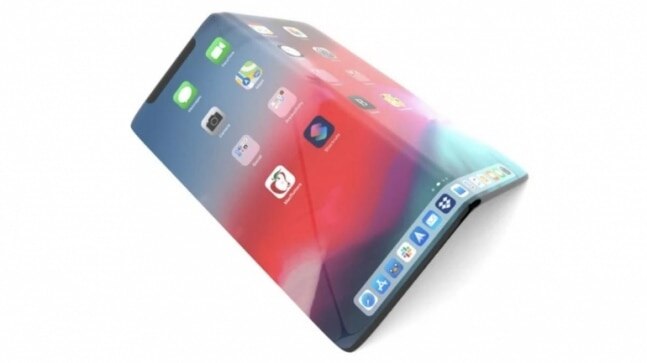 Apple has periodically been rumoured to be working on a foldable iPhone to finally give it back to Samsung that currently has the maximum number of foldable phones in the market. Apple has also filed some patents for this device but they alone do not mean the company is actually working. But the iPhone maker might be serious about the foldable device. A new report has claimed Apple is receiving the foldable iPhone as testing samples from its suppliers including Foxconn and New Nikko. And if everything goes perfectly, the first folding iPhone might debut in September 2022.

As reported by Economic Daily, Apple is testing the specimens for the folding iPhone and checking if everything is right with them. It might be evaluating if it should use OLED or go for the microLED material for this folding iPhone. The type of material will determine the manufacturing process. Since microLED is a new technology that will offer higher brightness, saturation, and power efficiency over the regular LCD, Apple might have to ask its suppliers to switch to a different manufacturing process from the one used for OLED or LCD materials.

Whatever the display Apple might end up deciding for its foldable iPhone, it is likely to choose Samsung as the supplier for the display material. The report also mentions that Apple is testing the bearings and hinges that will be used on this foldable iPhone. These hinges and bearings are said to be sourced mostly from New Nikko and go to Hon Hai (or Foxconn) for assembling. Since these hinges will be tested for over 100,000 actuations, which is why it is relying on the same company, New Nikko, that developed hinges for MacBooks.

Apple is targeting the second half of 2022 to go public with the folding iPhone, according to reports. Which means this is too early to count on this timeline. While it will be good news if this timeline is fulfilled, it will not be a surprise if this could be a timeline when Apple's folding iPhone gets ready for a later launch.

Some previous patents have shown some designs that Apple might be looking at. There could be a clamshell flip design that Apple could be going for with this device. Right now, the Motorola Moto Razr embodies this kind of design. Another design that Apple might be looking at is what Samsung Galaxy Fold brings. This could be a form factor that will have multiple displays joined together using the hinges. For what it is worth, Apple is allegedly in the process of finalising the design but do not expect any announcement from Apple for a long time.